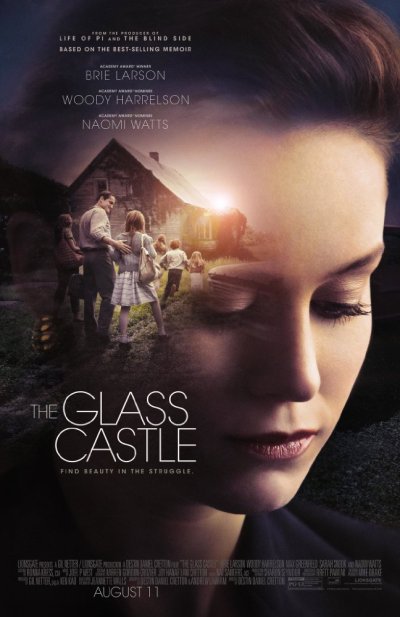 OMG, it’s a movie review!!! They do exist! I didn’t want to frighten y’all, so I put it over on WitchyRamblings, with the review of the book of the same name.

The Glass Castle is a new film based on journalist Jeannette Walls 2005 memoir of the same name. It was directed by Destin Daniel Cretton, who also wrote the film along with Andrew Lanham, and Marti Noxon. Brie Larson stars as adult Jeannette, Woody Harrelson as her father, Rex Walls, and Naomi Watts plays her mother, Rose Mary Walls.

The film tells the story of the family life of the Walls, with a focus on Jeannette’s relationship with her father during her childhood and young adulthood. They begin as a close knit, but complicated, family who spent the first 10 years of Jeannette’s life constantly moving around the southwest.

Rex was a dreamer and nonconformist who loved his children, but was also an alcoholic and gambler who couldn’t hold a job. Rose Mary was an artist who saw the unique beauty in the world but was lacking in affection and the ability to care for her children on a day to day basis. Between them, they gave their children an early childhood filled with adventure and magic, as well as poverty and chaos…