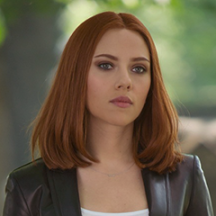 In the Age Old Choice for Female Characters Between Powerful or Good, Wh*re or Madonna, Modern Writers Frequently Land on a Third Choice: Insane or Suicidal, Then Dead

When Joss Whedon’s dream came true and Natalia Alianovna Romanoff willingly flung herself to her death, I felt nothing. I knew from the moment she and Clint went off for the Soul Stone that she would die, but, stupidly, I didn’t quite get to the realization that she would be the one to kill herself – one of the few decisions she’s made for herself in her time in the MCU.

There aren’t a lot of options for women and girls to look up to as role models in media – not female ones, anyway. Growing up, I was always looking for female role models in media, and I frequently ended up in love with the ones who had agency, above all else. The “powerful or good” dichotomy that I wrote about in a post in response to the Frozen musical details the struggle I’ve always found in female characters. You can be powerful or good, have agency or compassion, intelligence or charm, be sexy or moral – wh*re or madonna.