Here are all of the characters, with photos and descriptions, from season 1 of Dark. If there’s anyone you think I should add, let me know. There are spoilers in these descriptions.

Each of my Dark season 1 recaps also has a character list which only shows the characters and their connections up to that point in the season- no spoilers!

Cast from the Episode 1/Secrets Murder Board:

Charlotte Doppler in 1986 and 2019. Granddaughter of HG Tannhaus, the Clockmaker. Married to Peter, mother to Franziska and Elisabeth, daughter-in-law to Helge. High school student and amateur science detective in 1986. She investigates the unusual deaths of birds she finds. Dedicated and thorough Police Chief in 2019. 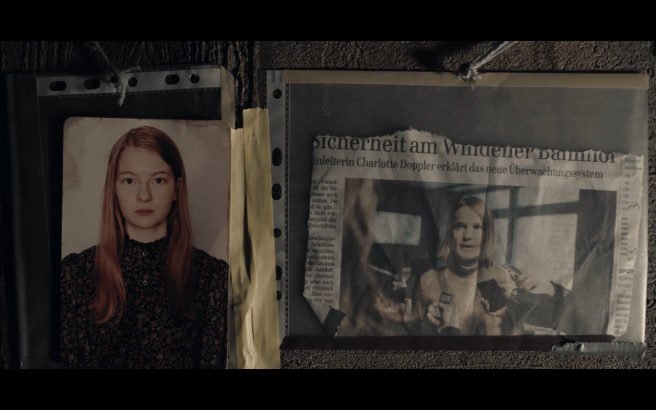 Hannah Kahnwald, in 2019 and 1986. Mother to Jonas, widow of Michael, daughter-in-law of Ines, having an affair with Ulrich in 2019. High school student in 1986. Accused Ulrich of raping Katharina and had him arrested. Massage therapist in 2019. Has saved Aleksander’s gun and original passport since 1986 to use as blackmail material.

Helge Doppler, in 2019, 1986, and 1953. Son of Bernd and Greta, father of Peter, father-in-law to Charlotte. Grandfather to Franziska and Elizabeth. Nuclear power plant guard in 1986. Lives in a nursing home in 2019. Dies in a car accident after time traveling from 2019 to 1986. Follower of Noah, who worked closely with him for most of his life and committed crimes ordered by Noah.

Ines Kahnwald, in 2019, 1986 and 1953. Daughter to Daniel, adoptive mother to Michael, mother-in-law to Hannah, grandmother to Jonas. Hospital nurse. 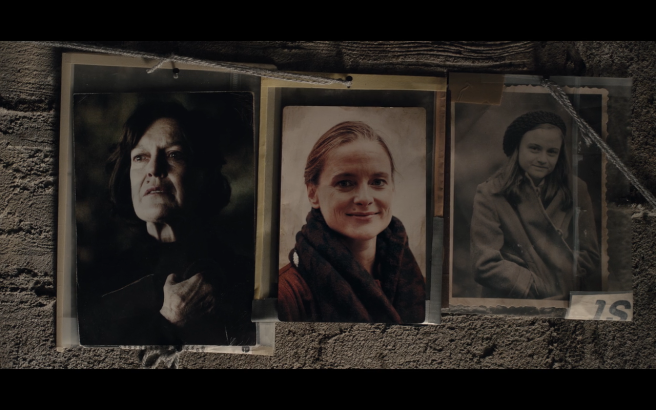 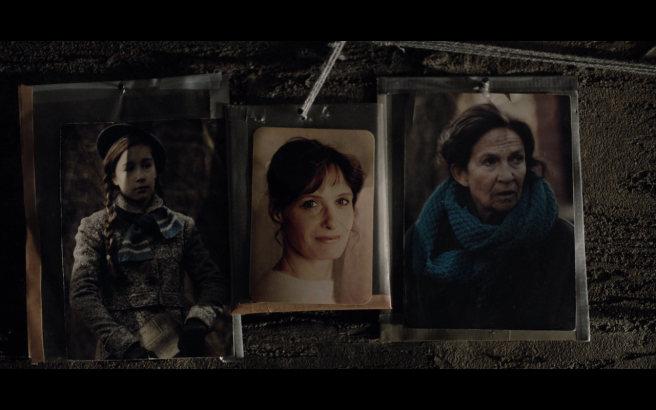 Jonas Kahnwald in 2019. Son of Hannah and Michael, grandson of Ines. High school student. Went to a hospital for mental health treatment for a few months after after his father died. Almost-boyfriend to his aunt, Martha Nielsen.

Mads Nielsen, 1986, age 12. Missing since then. Ulrich Nielsen, 1986 and 2019. Son of Tronte and Jana, husband of Katharina, father of Martha, Magnus and Mikkel, lover to Hannah. Teenage high school student in 1986. Police officer in 2019. Time travels to 1953 and is arrested for murder of helge and the dead boys found on power plant property. Egon is his nemesis.

Michael Kahnwald, 2019, husband to Hannah, father to Jonas, adoptive son to Ines. Deceased artist. Takes his own life on June 21, 2019.

Regina Tiedemann, 1986 and 2019. Wife to Alexander, mother to Bartosz, daughter of Claudia, granddaughter of Egon. High school student in 1986. Owns and runs a hotel in 2019. Diagnosed with aggressive cancer in 2019.

Tronte Nielsen in 1953, 1986 and 2019. Son to Agnes, husband to Jana, father to Ulrich and Mads. Has a lifelong off and on romantic thing with Claudia that leads to an extramarital affair in 1986.

Claudia Tiedemann, 1953, 1986 and the Future. Director of Winden Power Plant in 1986. Daughter of Egon. Mother of Regina and mother in law of Aleksander. Grandmother of Bartosz. Had extramarital affair with Tronte Nielsen in the 1980s. Love of Tronte’s life. Her long-term feelings for him aren’t clear. Appears to be a survivalist at some point in the future. Archenemy of Noah.

HG Tannhaus, 1953 & 1986. Charlotte’s grandfather. Clockmaker, inventor, amateur physicist and author of the book A Journey Through Time. Advisor to the Stranger and Claudia.

Better Photos and Other Cast Members:

Magnus Nielsen, 2019, son of Katharina and Ulrich, grandson of Tronte and Jana, great grandson of Agnes. Sibling to Mikkel and Martha- pretty sure he’s the oldest. Franziska’s sometimes boyfriend. High school student. Alternates between being nice to Franziska and mistrusting her. 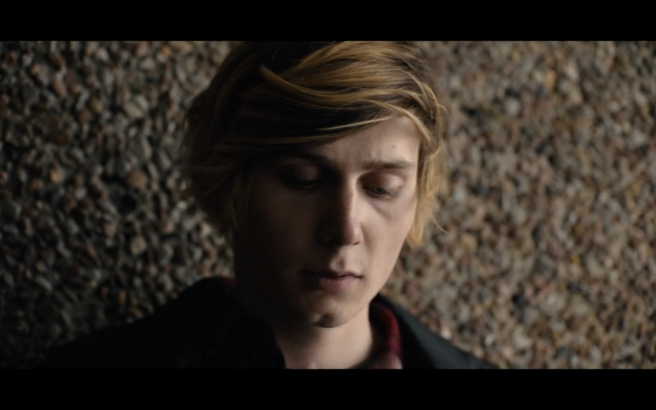 Martha Nielsen, 2019, daughter of Katharina and Ulrich, granddaughter of Tronte and Jana, great granddaughter of Agnes. Mikkel and Magnus’ sister. Forgotten middle child. High school student. Played Ariadne in the school play “Ariadne’s Thread.” In love with Jonas, who is her nephew, which she’s unaware of. Dating Bartosz.

Franziska Doppler, 2019. Daughter of Peter and Charlotte Doppler. Elizabeth’s sister. High school student. Dating Magnus, though she might think of it more as friends with benefits. Has a mysterious source of income. Hides her money under the train tracks in a metal box.

Aleksander Tiedemann, 1986 and 2019, husband of Regina, father of Bartosz, son-in-law of Claudia. On the run in 1986, until he meets Regina and Claudia gives him a job. Director of the nuclear power plant in 2019. Hannah has his original passport, in the name of Boris Niewald, and gun, as potential blackmail material. 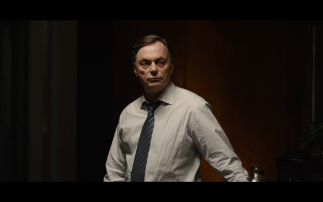 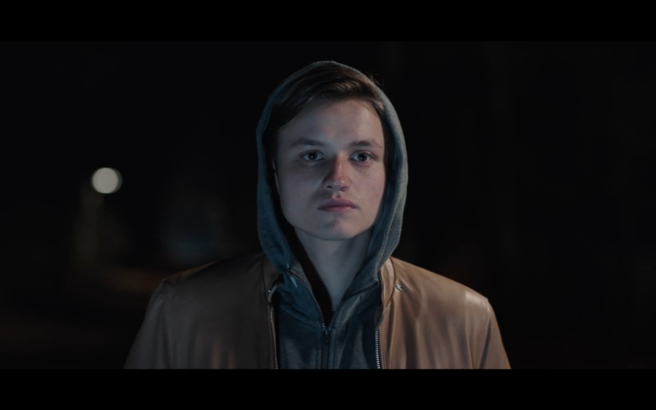 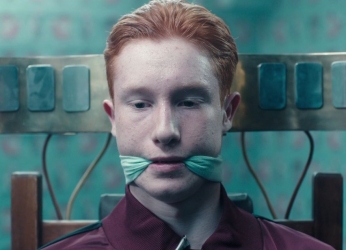 Peter Doppler in 2019, therapist, married to Charlotte Doppler (police chief), son of Helge Doppler, father of Franziska and Elizabeth Doppler. Was involved with Benni in 2018, causing rift in his marriage to Charlotte.

Bernd Doppler, 1953 & 1986, founder and first director of the Winden Nuclear Power Plant, husband of Greta, father of Helge, grandfather of Peter. Started the tradition of keeping dangerous secrets about the nuclear power plant. 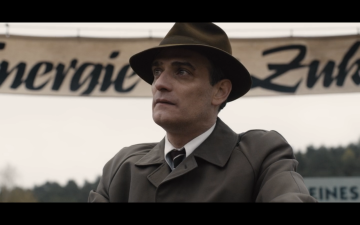 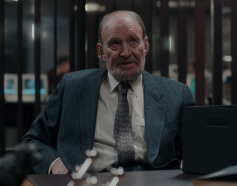 The Stranger, a time traveler who appeared in 2019 and stayed in the Tiedemann’s hotel. Investigating the Winden wormhole and time travel, hoping to correct the timeline. Has a portable time machine which was built and repaired by the Clockmaker. 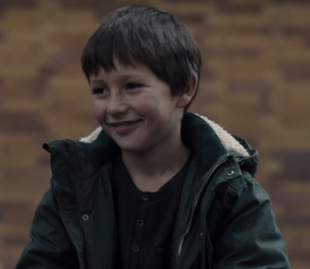 Torben Wöller, 2109, police detective who works with Charlotte and also works for Aleksander on the side. Benni, 2019, prostitute who works out of a trailer parked on the edge of Winden and who Peter has frequented in the past. Notice the resemblance? The characters are siblings. (For a while, I wondered if they were the same actor.) 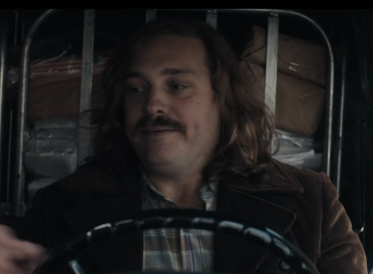 Gretchen the Dog Tiedemann, 1953. Claudia’s dog. Lost in the caves in 1953, returned to her through the caves, apparently unchanged, in 1986. 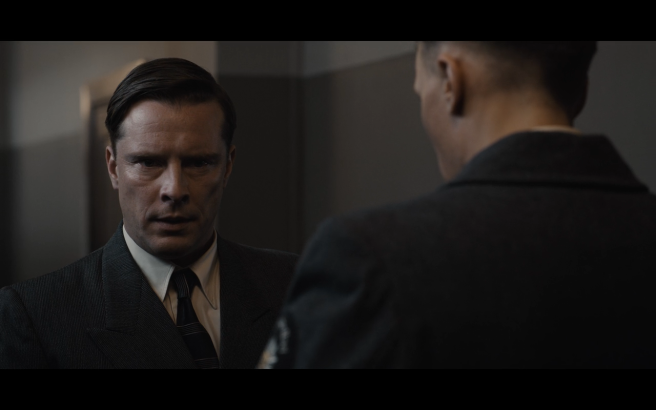 Silja, the Girl from the Future, 2052, was one of the soldiers who met Jonas when he arrived in the future, right after the Stranger tried to destroy the wormhole in 2019.

Jonas Kahnwald, 2019 and 33 years older, aka The Stranger. Sometime between jumping to the future in 2019 and returning to Winden’s present in 2020, Jonas stopped giving his name automatically and started becoming an anonymous stranger who wanders the world alone.