This week, Jo and Brooks return to Southold to continue their investigation, with the help of Abby and Emily. Chris and Alex get help from one of Alex’s engineering friends, who makes Alex an offer he may not be able to refuse. Piper spars with Helen and plays on Benny’s emotions as she attempts to get back to her family.

Guys, I think Helen is building Chronicoms to take part in Agents of SHIELD’s season 7 Time War for Planet Earth or whatever they’re calling it.

Watch Agent Carter season 2, Cloak and Dagger seasons 1&2, and Agents of SHIELD seasons 4-6, then tell me I’m crazy. It wouldn’t hurt to throw in season 3 of Runaways. Emergence could be a 13 episode long crossover prequel to AoS S7. But also a stand alone show in its own right.

Helen visits an AI who’s just sent his family off on a trip. She questions his commitment to their mission and he assures her that it’s as strong as ever, no matter what someone might offer him to turn traitor. She thanks him for his dedication, then kills him the same way she killed Alan Wilkis, by driving a rod up through his chin into his forehead, while they are standing outside, in his front yard, in broad daylight, where any of his neighbors could see.

END_OF_DOCUMENT_TOKEN_TO_BE_REPLACED 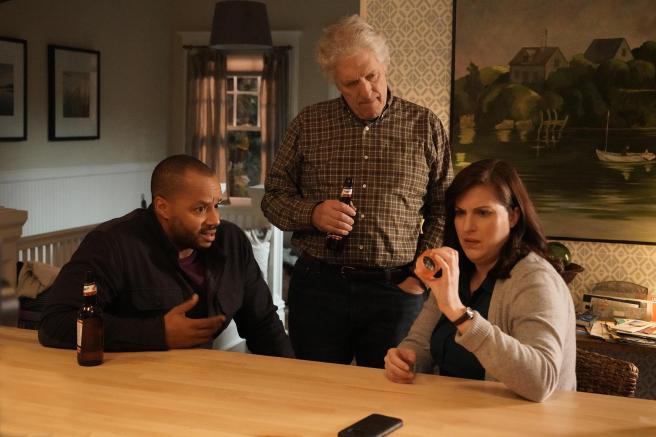 In episode 9, the winter finale of Emergence, Jo and her family fight to keep Piper out of the hands of the terrorist group that’s been bombing Auger Industries sites. In the process, they come to a mutual agreement about Piper’s standing in the family, Ed pursues a possible treatment for his cancer and a traitor in their midst is revealed.

Some huge events happened very quickly at the end of episode 8, including the death of Alan Wilkis at the hands of a new character, Helen, who accused him of taking something that didn’t belong to him, and Piper finding out the truth about what she is, but not succumbing to the fatal exception.

END_OF_DOCUMENT_TOKEN_TO_BE_REPLACED 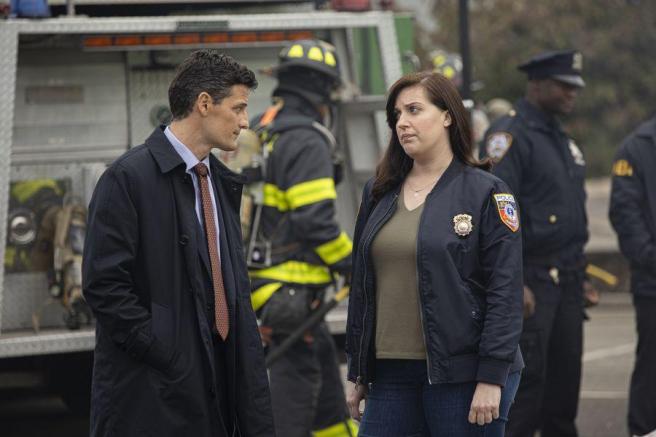 In episode 8 of Emergence, American Chestnut, Agent Peggy Carter’s ex-boyfriend Enver Gjokaj stops by for a visit with Jo. He clearly has a thing for no nonsense female law enforcement agents. I can’t fault his taste. However, having first seen Enver as one of the Dolls on Joss Whedon’s Dollhouse, I always doubt his true identity and motives just a teensy bit. In this episode, he’s an FBI agent who’s investigating the murder that occurred in the final moments of episode 7. Feds can still be bought and blackmailed, so he’s going to have to earn my trust before I consider him safe to be around Jo, Mia, Piper and the gang.

In this episode we learn a lot about how Piper’s mind works and what it feels like to be her. She and Alex take a road trip back to the place that Piper escaped from, where both gain insight into her powers and past.

END_OF_DOCUMENT_TOKEN_TO_BE_REPLACED 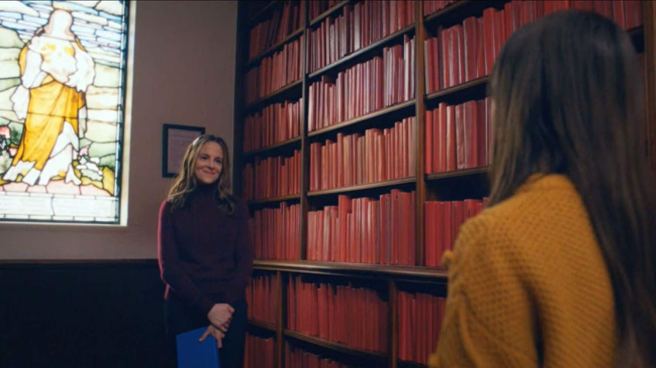 In episode 7, Fatal Exception, Emily makes a move to take Jo’s place as Piper’s mom. She forces Alan Wilkis to help her as she slowly replaces Piper’s memories of Jo with memories of herself. Jo races to find Emily and Alan while protecting the people Emily threatens. Ed and Alex remain angry with Jo over the secrets she kept from them about Piper.

Jo is trying to avoid the Fatal Exception of having Piper learn that she’s an AI, since knowledge of the truth about what she is would set up a cascade failure in her brain. Or at least that’s the way she’s designed. The fact that Piper continuously moves beyond her programming and has already been gradually learning that she’s different suggests that she can evolve past the fatal exception.

END_OF_DOCUMENT_TOKEN_TO_BE_REPLACED 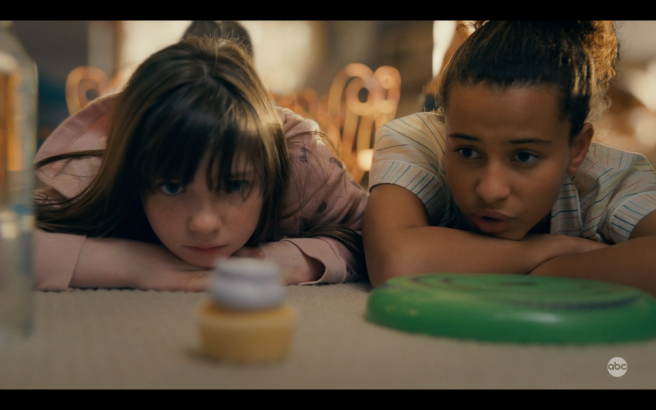 Mile Marker 14 is the 6th episode of Emergence’s 13 episode season, meaning we’re just shy of the halfway point. Fittingly, several more secrets are revealed in this episode. Most of Jo’s family discovers Piper’s secret this week, but some thrills are left for episode 7, the real tipping point in the season.

After watching Piper lift a truck in episode 5, Mia is a bit suspicious about what her new sister might be capable of doing on a regular basis. This week finds the girls practicing levitation on a plastic cupcake, but it’s about as motivating as you’d expect and Piper can’t get it off the ground.  However, when she really, really concentrates, a whole pile of toys that were on the floor behind her float into the air without Piper or Mia noticing, until they’re startled by Jo’s voice and the toys come crashing to the floor.

Just like their hopes and dreams of becoming superheroes together are doomed to do. Someone needs to send the adults on this show who aren’t Jo a copy of the Netflix show Raising Dion, so they can figure out how to support a kid who’s coming into their power. And by kids I’m referring to both Piper and Mia here.

END_OF_DOCUMENT_TOKEN_TO_BE_REPLACED 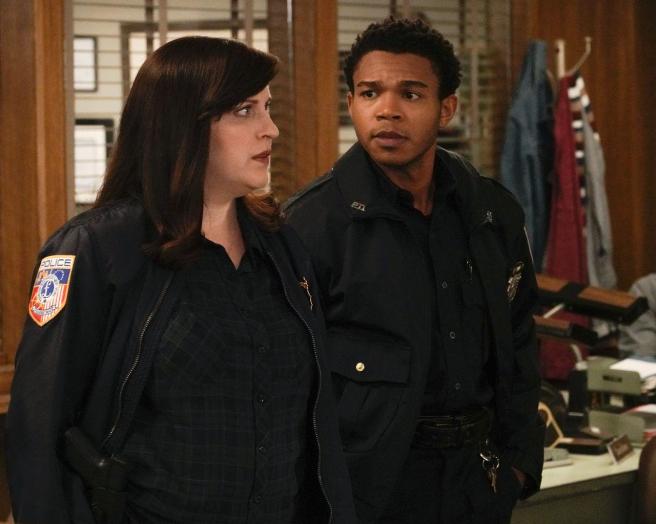 In episode 5, Emergence explores the aftermath of the attack on Benny and April. The episode title is a license plate number which belongs to their attacker, but it sounds like it could be Piper’s serial number. Or maybe it’s the hitman’s serial number.

Piper has more visions, which lead to new discoveries about her AI subconscious. Ed’s health deteriorates, putting Piper and Mia at risk. Kindred and Jo face off again, which escalates the determination of each to bring the other one down.

The sometimes deadly combination of family, love and risk is the theme of the week, along with the question of what or who is worth fighting and dying for. Whenever Kindred is involved, the concept of love vs control also comes up. Kindred buys, steals or manufactures love and family, ensuring there’s no risk to himself. He is the symbol of the modern industrial lifestyle and in opposition to Jo’s open family, who put in the hard work of being there for each other through good times and bad.

END_OF_DOCUMENT_TOKEN_TO_BE_REPLACED 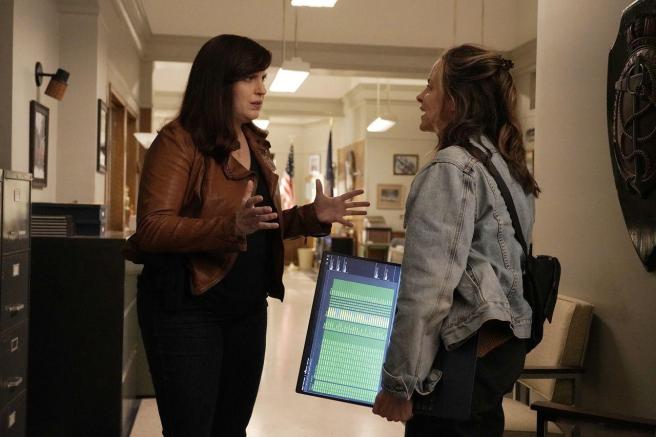 In episode 4 of Emergence, Jo spends the hour trying to solve a dilemma that many parents have faced- is my child the normal amount or evil, or do I need to do something about this spawn of Satan? She mulls over Piper’s true nature with the help of a newly assigned social worker, Lily Salgado, Auger Industries head Richard Kindred and, separately, his former employee Emily; Benny and a hacker friend of Benny’s named April; police officer and right hand man Chris, and her family. By the end of the episode, she’s made a decision, and Piper truly becomes part of the family with the support of Mia, Alex and Ed. But Kindred isn’t ready to give up his ownership claim and Benny and April pay a price.

Episode 4 begins late at night, with Piper laying in bed, facing the window. Jo has placed a nannycam in the dollhouse, and is watching the feed in the kitchen. From her perspective, it looks like Piper is asleep.

The camera is easy to spot in the dollhouse. It’s not cleverly hidden in a Teddy bear, like a normal nannycam, so Piper knows it’s there.

Jo gets a text from Benny telling her that Emily is packing her things and getting ready to leave town. Before Jo can text back, Piper appears and asks for a glass of water.

This show and the CBS show Evil both love to use their little girls to make references to the original Exorcist film/book.

END_OF_DOCUMENT_TOKEN_TO_BE_REPLACED 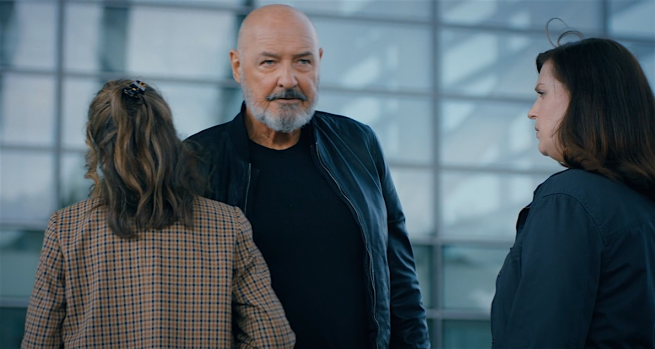 In episode 3 of Emergence, Piper develops a mysterious illness which forces Jo to deepen her investigation into the mystery surrounding her foster daughter. She’s led to a tech corporation, Auger Industries, and its head, Richard Kindred, played by Lost’s Terry O’Quinn. Ed also has a follow up appointment with the oncologist, while Alex tries to sort out the airband radio frequency.

The episode begins in the early morning, with Jo listening to clicks and beeps on her computer that she tells Alex are sounds she recorded from the pirate airband radio frequency. He offers to use some pattern recognition software to help her figure out what the sounds mean.

They move on to discussing how long he’s going to stay at the house. He’s still worried that the family is in danger, but Jo is worried that Mia will get confused and start to think her parents are getting back together. When Mia comes downstairs and remarks on how nice it is that they’re all together, Alex sees Jo’s point and says he’ll leave today.

Jo goes upstairs to wake up Piper, who’s supposed to go to work with her, since Ed has an oncologist appointment. Just before she wakes up, Piper has a nightmare that the bedroom door knob disintegrates and she’s trapped in the room. Jo discovers that Piper has a fever and leaves to get the thermometer.

END_OF_DOCUMENT_TOKEN_TO_BE_REPLACED 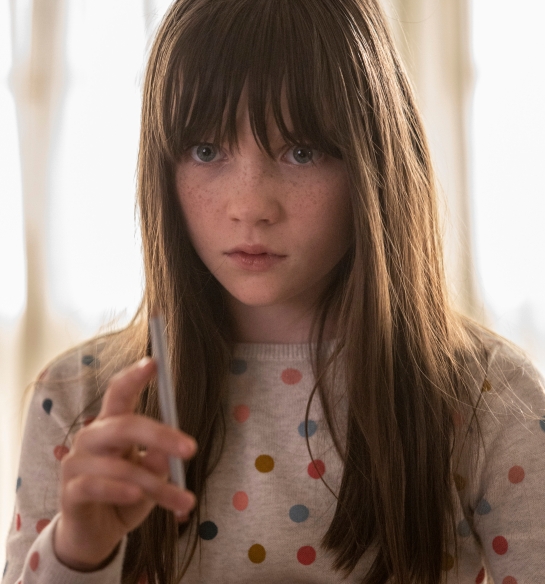 This week on Emergence, the truth about Piper begins to be revealed to Jo and the people around her. As the title suggests, all she, and we, learn are little tidbits that are as confusing as they are intriguing, and right now the pieces don’t fit together. Jo is still figuring out what kinds of puzzles she’s trying to solve, though she knows that there’s more than one puzzle.

END_OF_DOCUMENT_TOKEN_TO_BE_REPLACED 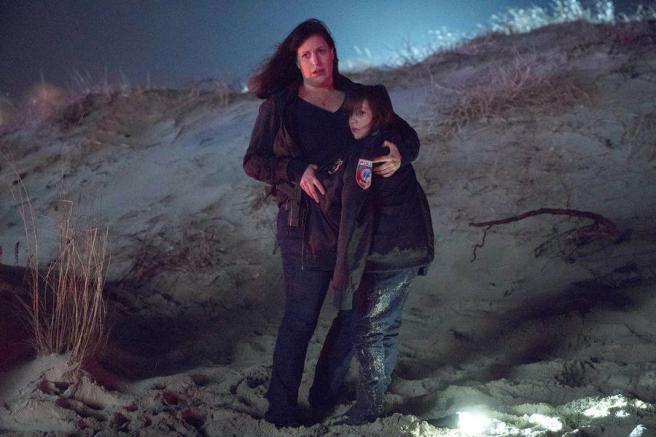 Emergence is my favorite of the four new dramas I watched this week (also Prodigal Son, Stumptown and Evil). It has a compelling mystery with its own twist, characters I already care about who aren’t dark and cynical and a diverse, gender-balanced cast.

I really like the philosophy the show exhibited in the pilot. It’s not overly sweet or dark, but there’s a certain warmth and optimism. I get the sense that Piper is the main clue to a larger mystery, not a unique magical child who’s meant to save the world by herself. Hopefully the characters and mystery plot will stay in the forefront, while shoot outs and gore will be kept to a minimum.

And I love this new mother-daughter team of soft-hearted, unlikely bad*sses, who are part of a family of flawed but caring people. Real moms with good judgement for the win. I was so proud of Jo for being the one with the gun who could protect her family when an intruder broke into their beachhouse, but also for getting the family out without firing a shot. She put the safety of her family and solving crimes and mysteries first, as she should.

Emergence begins late at night in the sleepy Long Island, NY town of Southold, when there’s a town-wide power outage at the same time that a plane crashes on the beach. Police chief Jo Evans (Allison Tolman) is awakened by the outage. She and her family go outside to see what’s going on and notice an ionized glow, similar to the Aurora Borealis, rising from the site of the plane crash. Jo gets a call about the crash and says she’ll be right there. She tells her young teen daughter, Mia (Ashley Aufderheide), and her father, Ed Sawyer (Clancy Brown), that she’s leaving and sends them back to bed.