This is the third part of a five part series on romantic StuckyNat. It is my headcanon of the potential feelings of Steve Rogers, Bucky Barnes, and Natasha Romanoff in the MCU, if the three were in love with each other. This part of the series covers the time from the end of Captain America: The Winter Soldier, through Avengers: The Age of Ultron, to just before the beginning of Captain America: Civil War. It is canon-compliant.
Once Bucky had found and destroyed all of the active Hydra bases he remembered, he went into hiding for real. He knew Steve was looking for him, and that Natasha was keeping tabs on him, because he was keeping tabs on both of them, too. While he’d recovered many of his memories, they were still patchy. The holes in Bucky’s memory further complicated the work of figuring out what they meant and what he wanted to do about them. On top of that, he was still the Winter Soldier. As long as he could be activated, it wasn’t safe for Bucky to be around the people he loved. He became a ghost again, disappearing in plain sight, moving to a new, out of the way city every few months. He kept his head down, and himself away from anything that would attract attention.
END_OF_DOCUMENT_TOKEN_TO_BE_REPLACED 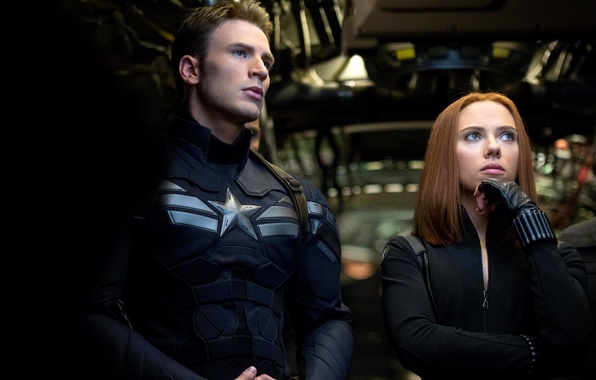 This is the continuation of my 5 part headcanon series about StuckyNat (Steve, Natasha and Bucky). Part 1 is HERE. This series tells the story of what would be going on in the minds of Steve, Natasha and Bucky if all 3 were in love with each other. It follows the timeline of the 2 Avengers movies and the 3 Captain America movies. It is canon-compliant.

Bucky Barnes was shocked when he woke up at the bottom of the ravine to find himself not dead. His body was a mess. He could barely think through the pain. He lay in the snow falling in and out of consciousness, wondering if he was hallucinating being alive. He didn’t have any clear thoughts, memories or feelings for decades to come after that. His body and mind weren’t his own.
Steve Rogers stayed in the back of Bucky’s mind through the whole 70 year long ordeal, a small kernel of hope and love that helped keep Bucky’s own identity alive and compartmentalized, no matter what they did to him or made him do. Even when they told him Steve was dead, something in him kept burning against all odds, buried so deep it was almost lost, waiting for the right time, the right trigger to break free. Until he saw the man on the bridge.
There were a few times that Bucky briefly came to the surface in the decades before Steve broke the Winter Soldier’s programming for good, like when he was forced to kill Howard. When he met and trained Natasha Romanoff in the Red Room, she brought him back to himself for a while. But his handlers were quick to squash his awareness as soon as they noticed it, and wipe every bit of memory that surfaced or was newly created. The longer he was the Winter Soldier, the more his handlers preferred him to be an automaton. Holding his leash too tight ended up allowing cracks to show through. Steve and Natasha slipped through those cracks and broke them wide open.

END_OF_DOCUMENT_TOKEN_TO_BE_REPLACED

This is my headcanon for what would be going on in Steve, Bucky, and Natasha’s minds during the Avengers and Captain America movies if StuckyNat were canon. “StuckyNat” is the ship name for all 3 characters being in love with each other and wanting to form a relationship together. I’ve stayed within the timeline and plotlines of the movies. This could also work as a headcanon for each individual pairing (Stucky, SteveNat, BuckyNat) with only minor changes.

We follow the 5 movies Steve is in: the 3 Captain America movies, and the 2 Avengers movies. I have serious issues with Joss Whedon’s versions of Steve and Natasha, but I’ve done my best to reconcile them with the Russos’ superior versions. I treat the Russos’ versions as the true canon versions when they conflict.

This is part 1 of a 5 part series. Natasha shows up next week in part 2 which covers 1945-The Winter Soldier.

Bucky Barnes had been in love with Steve Rogers for as long as they had known each other, which might as well have been forever. Oh, sure, he liked girls just fine, too, went on lots of dates, but Steve was the love of his life. There was no getting around that. Bucky was no innocent, he knew it was possible for men to love and have sex with each other just the way they could with women. He’d accepted this about himself as he’d gotten older and figured out the birds and the bees, because, what else could he do? Steve was ingrained in his bones and heart; there was no getting him out. Bucky was a practical man, and he was the way he was.