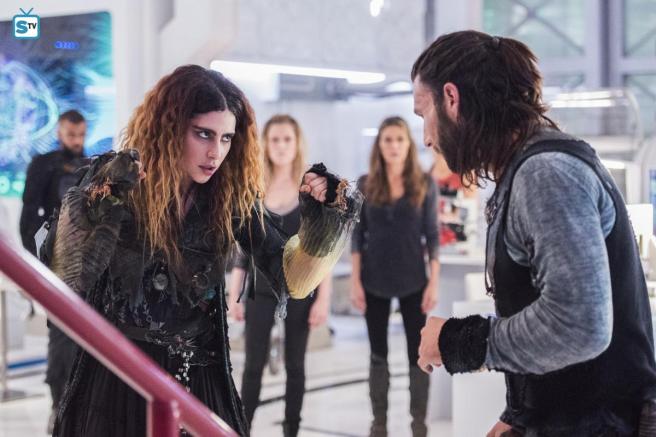 It’s time to test out Luna’s bone marrow in the radiation chamber. Baylis is placed inside, still sedated, and the radiation is slowly turned up until it’s higher than the level of the Black Rain. Baylis survives Black Rain level radiation, but when the levels continue to increase, he writhes in pain as the radiation consumes him. He dies a horrible, painful death while the others watch.

The Ark lost 18 people to the Black Rain. They are holding funerals and burials by fire for the dead. Jaha gives the eulogies and lights the funeral pyres. He’s very comfortable being the prophet of the apocalypse after recruiting for ALIE for months. He’s also aware of the power that even appearing to be an authority figure holds.

END_OF_DOCUMENT_TOKEN_TO_BE_REPLACED 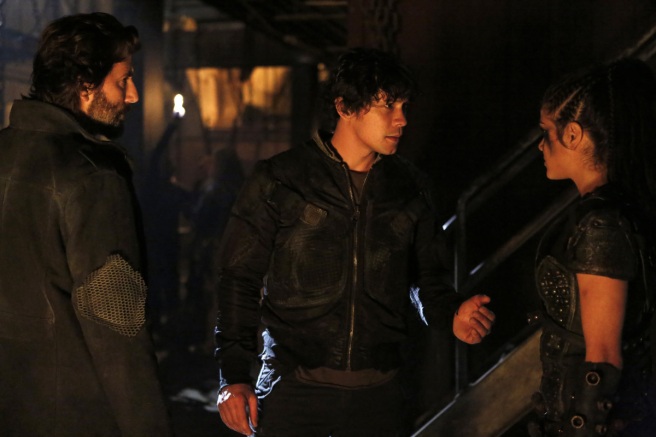 Welcome to the first and last annual Hundred Games! The winner will be whoever is the last warrior standing at the end of the fight to the death. No cheating, unless you really, really want to, and are a named character. Alliances are allowed, but discouraged, because, as usual, Grounders don’t really understand the meaning of the words cooperation, apocalypse, or last chance for survival. Even Roan, normally one of the most sensible characters on TV, has lost his mind on this one.

This is Octavia’s episode, on screen anyway. We’ll talk about the off screen machinations happening throughout the episode later. Bellamy finds her waiting to be called out to accept her place as champion for Skaikru and they have a moment. Then Clarke gives her a bit of reassurance before sending her out to the public platform. Gaia is acting as Master of Ceremonies. Stanley Tucci didn’t loan her his blue wig, but overall, Gaia’s always enjoyable to look at, so we’ll let it slide.