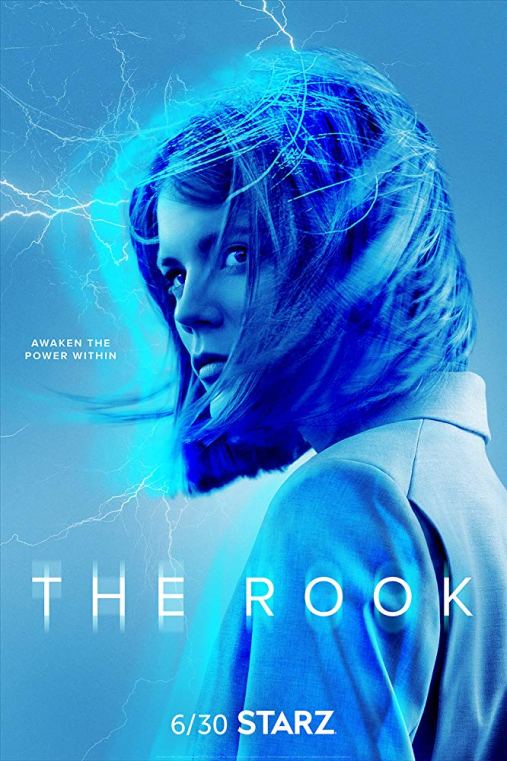 The Rook is a new series from the premium cable network Starz, home of Outlander and the recently cancelled Counterpart. It’s loosely based on the 2 book series of the same name by Daniel O’Malley, about a woman who wakes up with amnesia and secret powers, surrounded by bodies, then discovers she works for a secret government spy agency in London. Myfanwy (rhymes with “Tiffany”) has unknown enemies who continue to hunt her, and probably have supernatural abilities of their own. It’s not the most original concept in today’s TV landscape, but I’m always up to try another dark, gritty scifi series with female leads, so let’s check it out.

The TV series is veering away from the books, so for the most part, I’m going to write about The Rook as its own separate entity. Before I do that, though, let me say that this show is crying out for a Greek chorus or narrator to provide 1940s noir style sardonic commentary. Myfanwy’s inner voice provided that point of view in the book, and you can feel the loss all through the pilot. (I haven’t even read the book, I could just tell something was missing and went looking. Check out the difference in the Amazon book sample.) Hopefully she’ll find her voice again in the show, because otherwise, the characters’ intense seriousness could start to drag the show past darkness and into dullness before long.