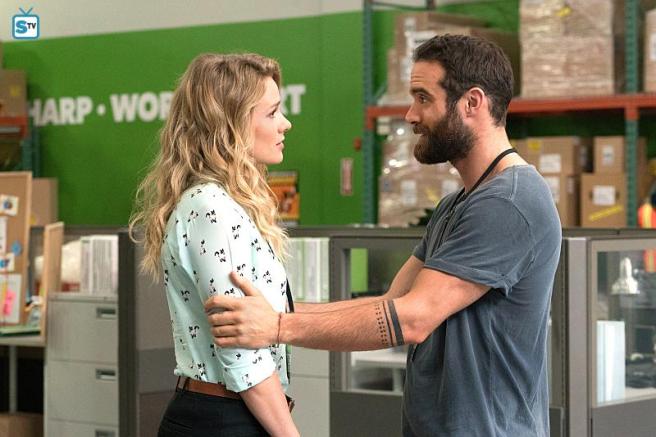 Keep Your Chin Up and Your Secretions In

Xavier is zorbing (say it out loud), Evie is overworked and binging on black market energy drinks, and her Cyber Hugs job has left her with a homeless telepathic rat named after a Greek philosopher. It’s time for this week’s episode of No Tomorrow!

The symbolism in the first scene left me a bit overwhelmed, just like Evie. Xavier is in a giant hamster ball, a caged rat from NIMH shows up, and Evie is asleep at her desk. She’s like a rodent on a treadmill trying to keep up with two jobs instead of one, we get it. She even gets called a corporate robot and tells Xavier she has no time for him or their apocalysts. Quelle horreur!