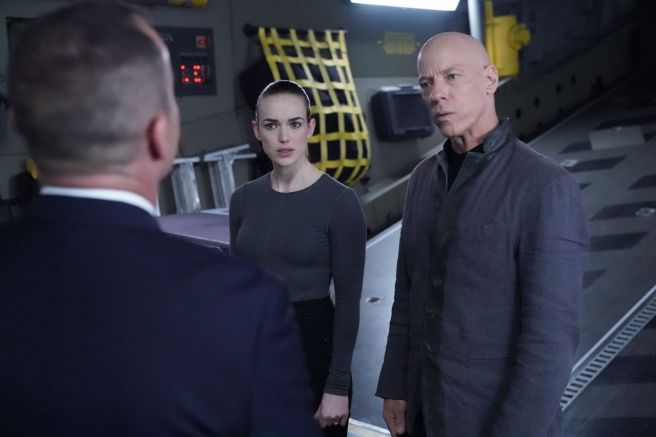 In episode 9, the team get stuck in a time loop inside a time storm heading toward a time vortex. Every loop brings them closer to the event horizon, but the loops turn around quickly, so they have to work together to find a solution. Coulson and Daisy, who both start the episode unconscious, are the only ones who remember previous loops.

The episode was directed by Elizabeth Henstridge, who also plays Jemma Simmons. It’s a fast-paced, tragicomic episode that must have been hella complex to put together, but it came out great, so kudos to Elizabeth, writer Drew Greenberg, editor Kelly Stuyvesant and rest of the cast and crew. It’s hard to pull off either an episode full of tonal shifts or an episode full of repetitive scenes. To do both at once, on your first try as a director, is amazing. Joel Stoffer, Chloe Bennet, Clark Gregg and Enver Gjokaj also shine in this episode.