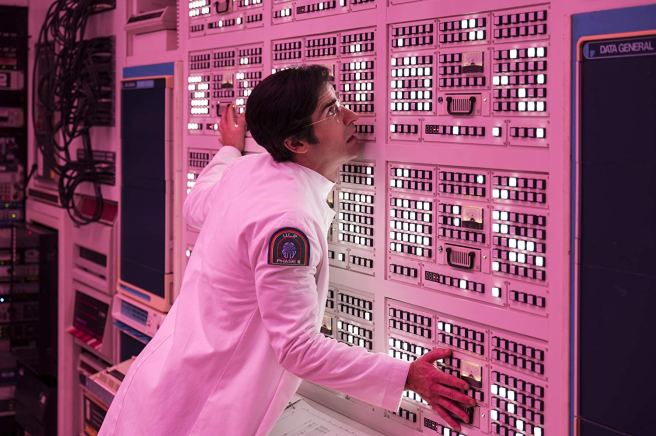 We take a break from Annie and Owen’s brains in episode 6, in order to help Gertie with her depression and get to know James and Azumi better. This gives us a chance to meet James’ famous mother, pop psychologist Dr Greta Mantleray, who served as the inspiration for Gertie’s underlying code when Azumi created her.

I could watch an entire series devoted to Greta, James and Azumi alone in a room together. Their relationship dynamics and power plays are a hilarious joy to watch, with Queen Sally/Greta/Gertie stealing the show.

After the “B” pill experience, Annie pursues a closer relationship with Owen, but he’s too wrung out to cope with her. After being lied to by James, and betrayed within the reflections, he’s too discouraged to put himself through any more. Gertie proves that she’s a world-class therapist by using some reverse psychology on Owen. Or does she??? As a result, he decides to stay to protect Annie.

We begin episode 6 with the Odds, other than Annie, returning from their “B” pill experience. Owen’s proximity test is edited together with the rest of the odds. #5 doesn’t feel there was any meaning at all to his experience of hammering people to death while searching for his dead father’s bowling balls. I’m sure he’s right. #11 feels that people place too much blame on their parents for their problems. #7 wants to know if Dr Greta is James’ mother, and if she’s the one who messed him up. He’s definitely right. And #3 admits that she gets more of a rush from telling people she cuts than from actually cutting.

I think the most usable data is likely to come from Annie and Owen.