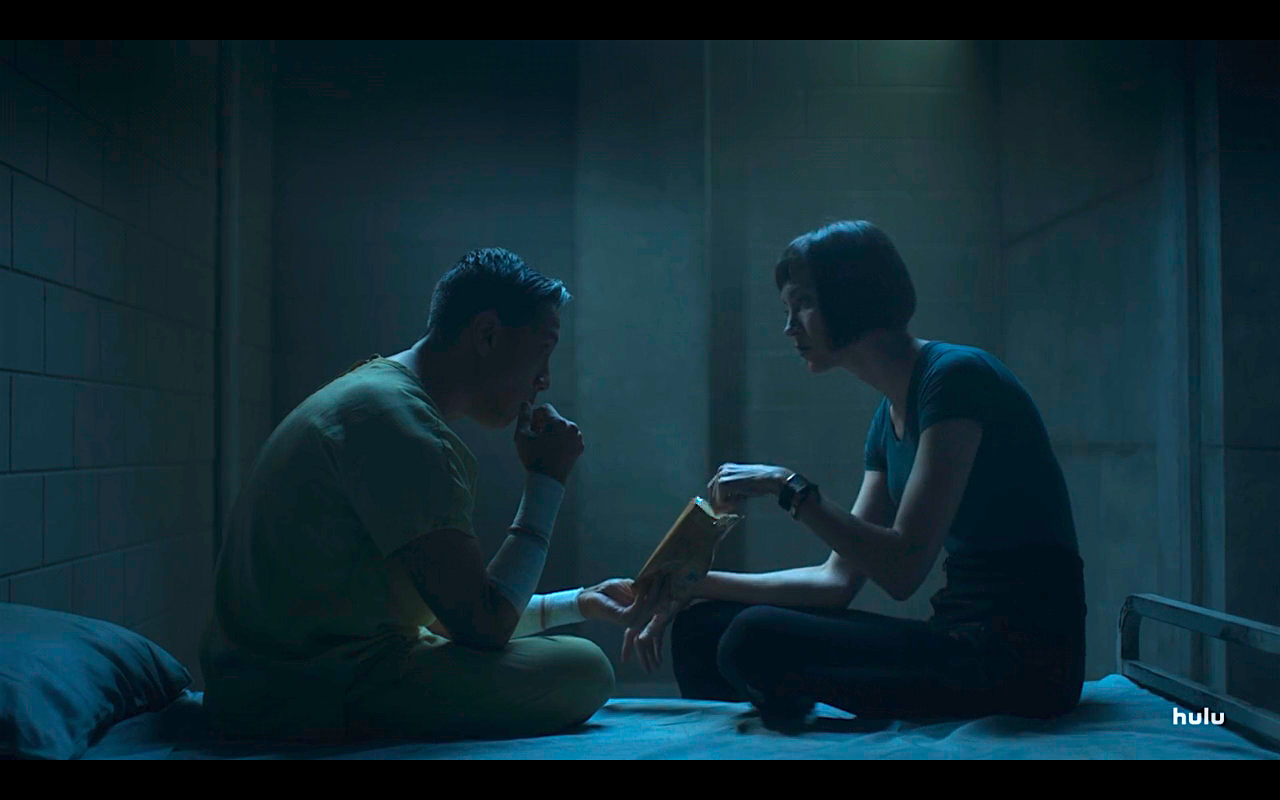 In episode 6, Ana spends time with Victoria and Chris at the hospital while Daimon and Gabriella make their way back to St Teresa’s. The horror hotel demons make life difficult for everyone. Spivey visits his human host’s home and family.

Mrs Spivey locks her children in a room so they’re safe and don’t witness whatever is about to happen between her and her husband. Former Nurse, now Demon Spivey has returned home for the first time since his possession and his wife is frightened and confused. While he’s been gone, she’s been questioned by the authorities and didn’t know what to tell them. As he searches in a desk for something, she begs him to explain what’s going on with him.

He doesn’t answer her questions. He finds his St Teresa’s hospital security badge and attaches it to the scrubs he’s wearing, then strides toward his wife. Roughly, he pulls her toward him as if he’s going to kiss her. Instead, he bites her lip, hard, while she screams.

This is the 3rd demon who’s bitten someone. I stand by my theory that biting can be used to mark someone for possession the way a slash can.