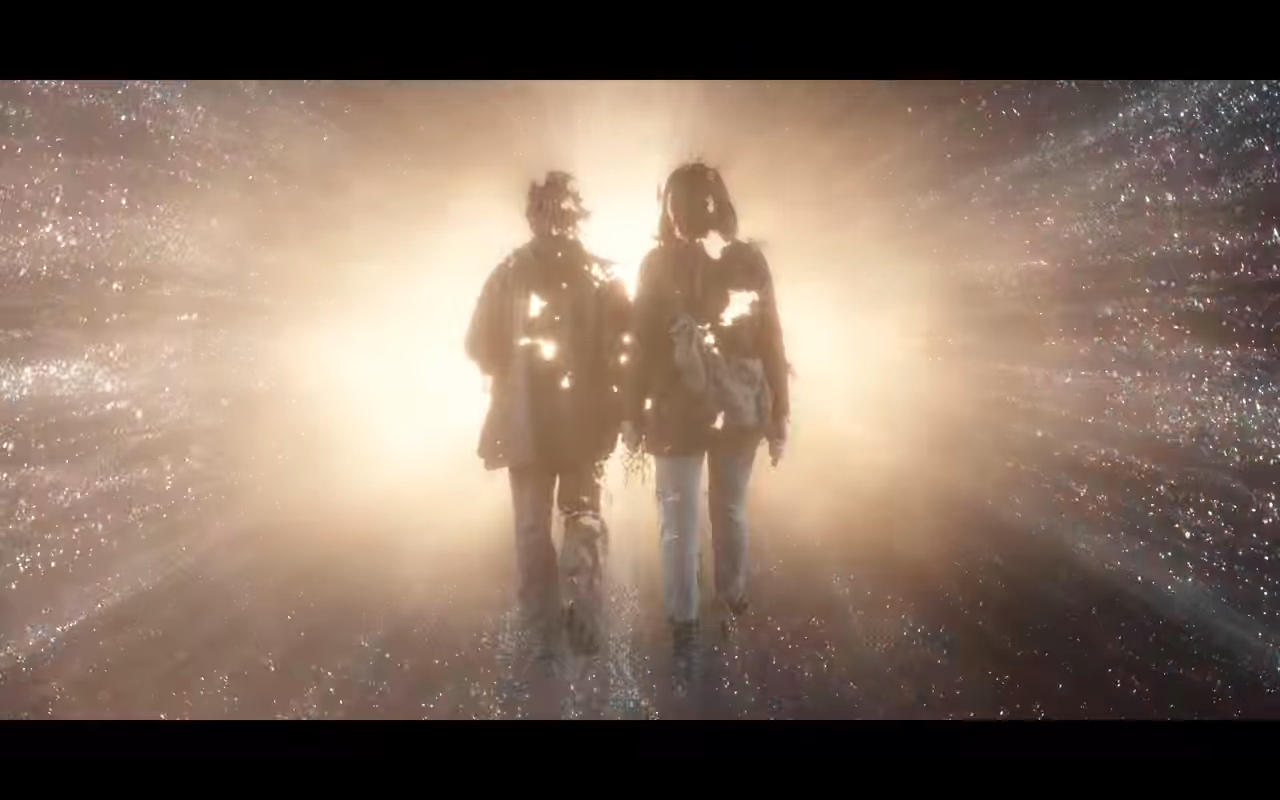 END_OF_DOCUMENT_TOKEN_TO_BE_REPLACED

The end is the beginning and the beginning is the end. Michael dies again, Jonas startles awake again. Claudia explains it all, then convinces Jonas and Martha to take a star bridge into space.

END_OF_DOCUMENT_TOKEN_TO_BE_REPLACED

In episode 6, the worlds ended, thanks to Adam’s double apocalypse. In episode 7, we meet the new world. And tie up a few loose ends.

The episode begins with a twist on the opening voice over- a segment from HG Tannhaus’ science show from the 1970s:

Tannhaus: “What is reality? Is it singular in nature? Or do several parallel realities exist at the same time? To address this, Erwin Schrodinger constructed an extremely interesting thought experiment. Schrodinger’s cat. A cat is locked in a steel chamber with a tiny amount of a radioactive substance, a Geiger counter, a vial of poison and a hammer. As soon as a radioactive atom disintegrates inside the steel chamber, the Geiger counter triggers the release of the hammer, which smashes the vial of poison. The cat is dead.

END_OF_DOCUMENT_TOKEN_TO_BE_REPLACED

In episode 6, we discover that Young Jonas is Schrödinger’s cat. Martha goes to live in a cage, like Hansel waiting for the fairy-tale witch to eat him/her. We finally learn the contents of Martha’s letter to Stranger Jonas, but of course the letter leaves him bitter, because that is Jonas’ relationship to letters from the dead. We relive the apocalypse in the Prime world, because we just can’t get enough, and live through Martha’s apocalypse for the first time.

Meanwhile, in the Prime world, we jump back to the end of S2, where Young Jonas kneels over Dead Prime Martha’s body and promises he’ll make this right, somehow, somewhere, sometime. But right now, a nuclear apocalypse is coming, so he’s going to abandon her body to its fate and run downstairs to hide in his mom’s basement.

What, that’s not how you remember the end of season 2 going? Go check the footage. I’ll wait.

END_OF_DOCUMENT_TOKEN_TO_BE_REPLACED 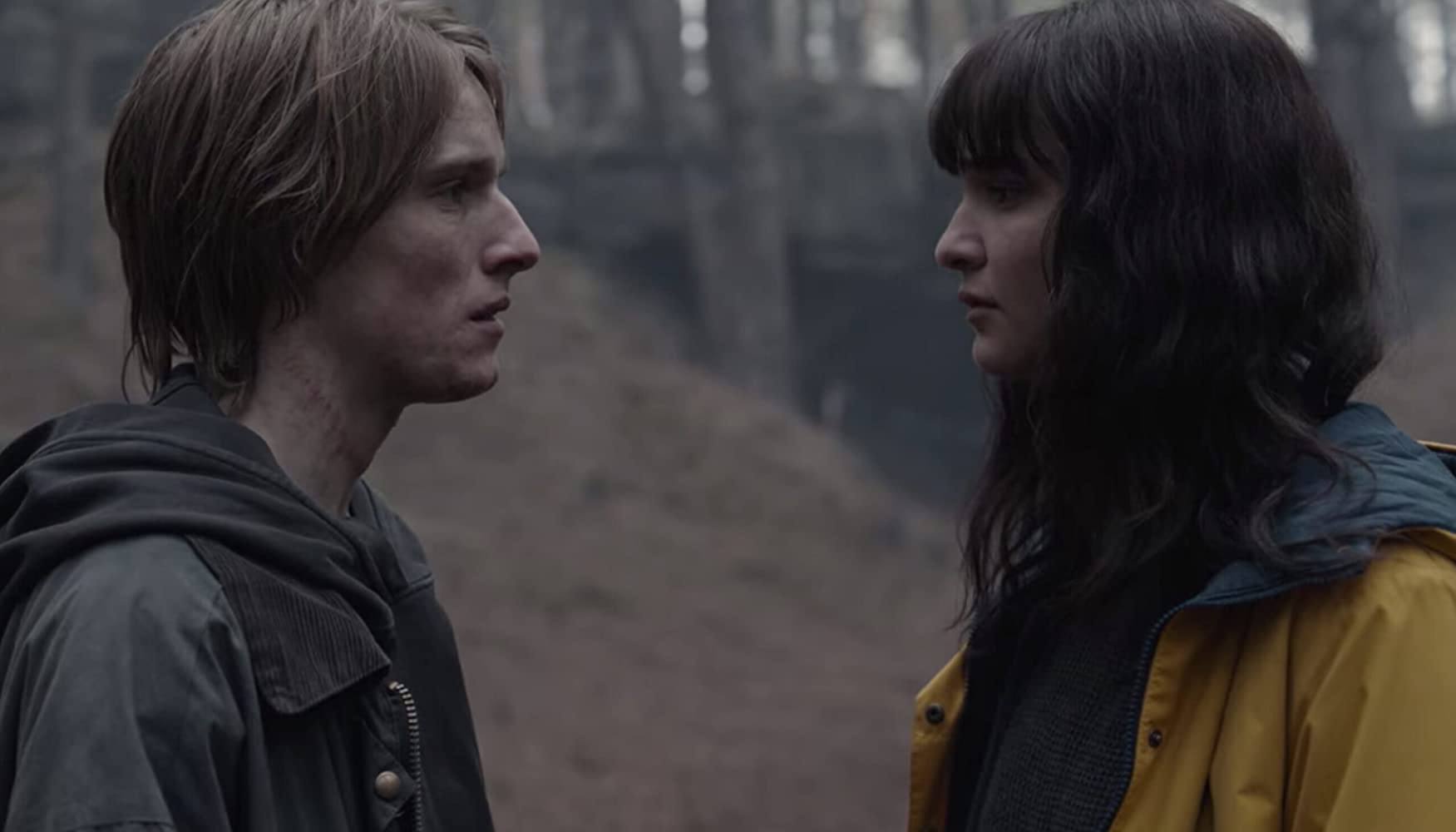 In episode 5, we lose some beloved characters in some violent interactions with some hard characters. It’s a tough episode to get through.

The episode begins in the Prime world, 2020, with Prime Adult Claudia burying Adult Regina, who was recently murdered by Alt Old Tronte under orders from Alt Adult Claudia. Regina was dying anyway, so it was basically a mercy killing, but Prime Claudia wasn’t read to let go.

It’s raining, of course, as Claudia digs a hole in the ground by herself. She’s placed a wooden cross as a grave marker. The body is wrapped in plastic. As we know from our world’s 2020, it can be hard for suppliers to keep up with a heavy demand for caskets.

Sirens blare in the distance as Claudia finishes. A warning that other natural disasters are still occurring or that serious crimes, such as arson or riots, are out of control in the post apocalypse Prime world? Or a warning that this turn of events signals a new, even more dangerous direction for Claudia’s plans?

END_OF_DOCUMENT_TOKEN_TO_BE_REPLACED 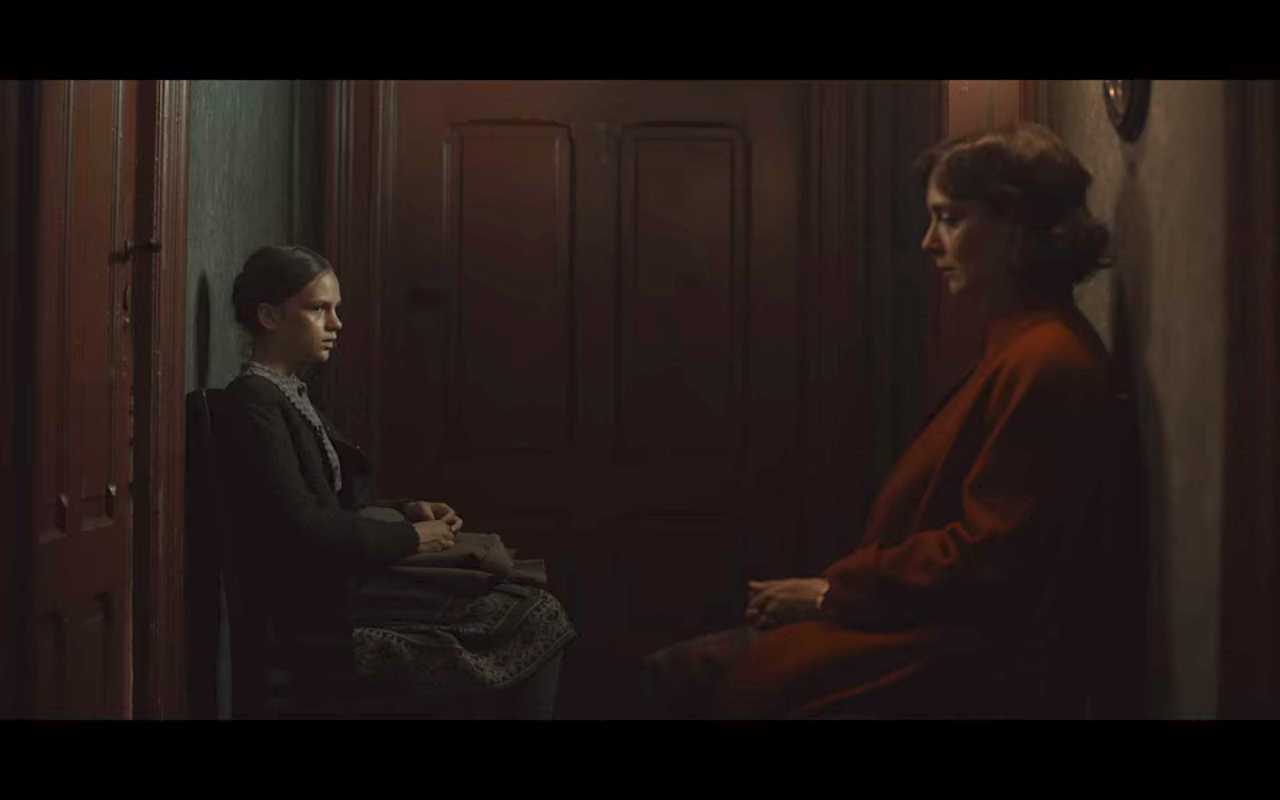 In episode 4, Young Tronte and Claudia each have an encounter with a creepy old man, Hannah makes a decision that will have wide ranging consequences and Yellow Raincoat Martha gets to know Stranger Martha and her even stranger ideas. Tronte and Jana spend some quality time together, while the Unknown trio check some important items off their To Do list.

The episode opens with Tronte walking through the woods toward the mouth of the cave. He seems drawn there, though he doesn’t seem to understand why.

This stretch of woods reminds me of the German fairytale Hansel and Gretel, which is ultimately a variant of Ariadne’s thread. There have been so many kids who’ve walked through here while on their way to be sacrificed in one way or another. Tronte doesn’t die, but his life is frequently interrupted as he’s drawn to serve the needs of the knot and the White Devil Witch Claudia. Jana acts as his Ariadne/Gretel, providing the thread/trail of crumbs/home and stability that he always returns to.

END_OF_DOCUMENT_TOKEN_TO_BE_REPLACED

In episode 3, we meet Stranger/Adult Alt Martha and Gustav’s father, Heinrich Tannhaus, for the first time. Old Eva and Young Jonas have a long talk before she sends him to another time period with her youngest self again. Alt Martha helps out Stranger Jonas and the teens before going back to the future, but there’s a twist. She goes to the Prime world future. After weeks of frustration, Stranger Jonas begins to find some success in the lab.

When else would they go out for a ride?

Heinrich reads from the play Ariadne, choosing from the same speech we’ve heard Martha perform at least once every season: “From then on, I knew that nothing changes. That all things remain. The spinning wheel turns, round and round, in a circle. One fate tied to the next. A thread, red like blood, that connects all our deeds.”

Heinrich is the man who started Sic Mundus. As he reads, lightning flashes as if time travel is occuring.

END_OF_DOCUMENT_TOKEN_TO_BE_REPLACED 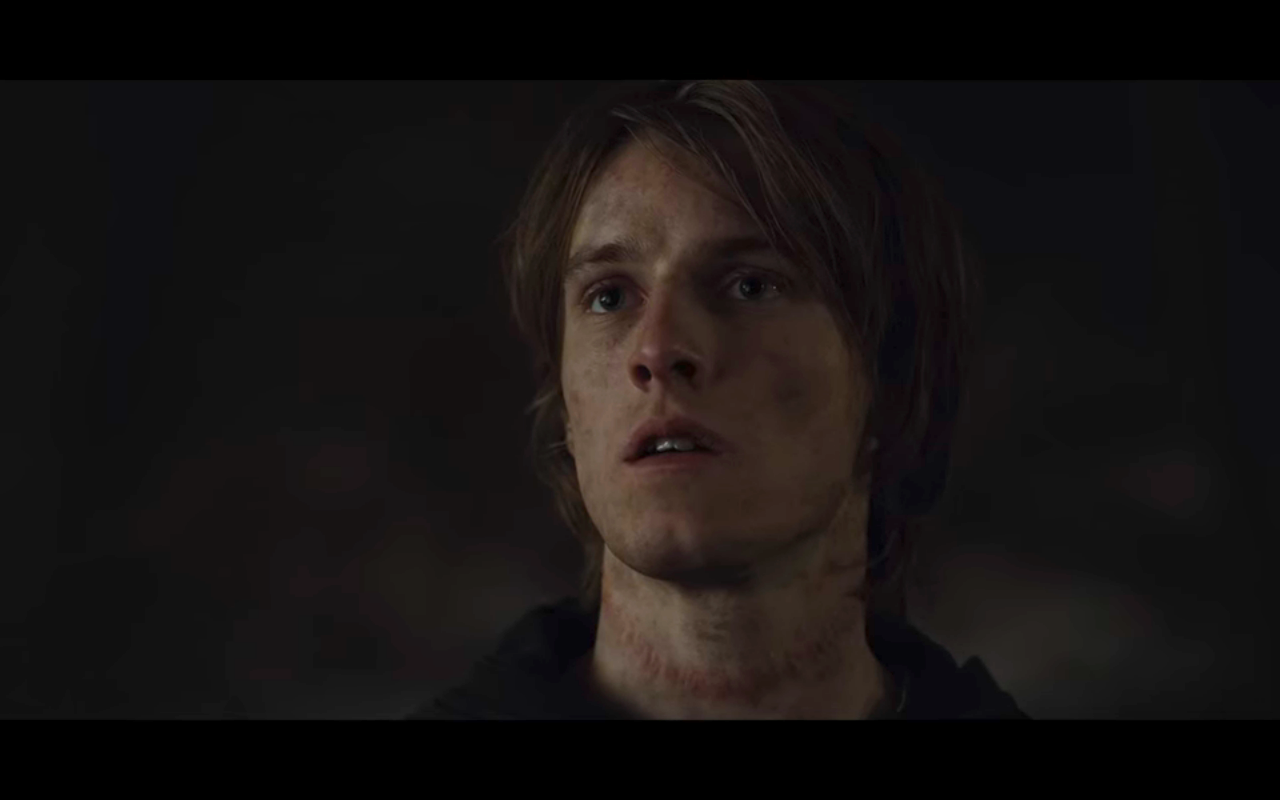 “You and I are perfect for each other. Never believe anything else.” – Jonas Kahnwald, June 20, 2019, in an episodic pattern of behavior with no beginning or end.

Buckle up, kids, it’s going to be a bumpy ride. As we enter the post apocalypse prime world and the Alt Martha world and try to figure out whatever Claudia’s up to this time around, let’s keep the endgame in mind.

What is the endgame? Lol, I’m not going to give away spoilers!

Or am I? Even I don’t know anymore.

END_OF_DOCUMENT_TOKEN_TO_BE_REPLACED 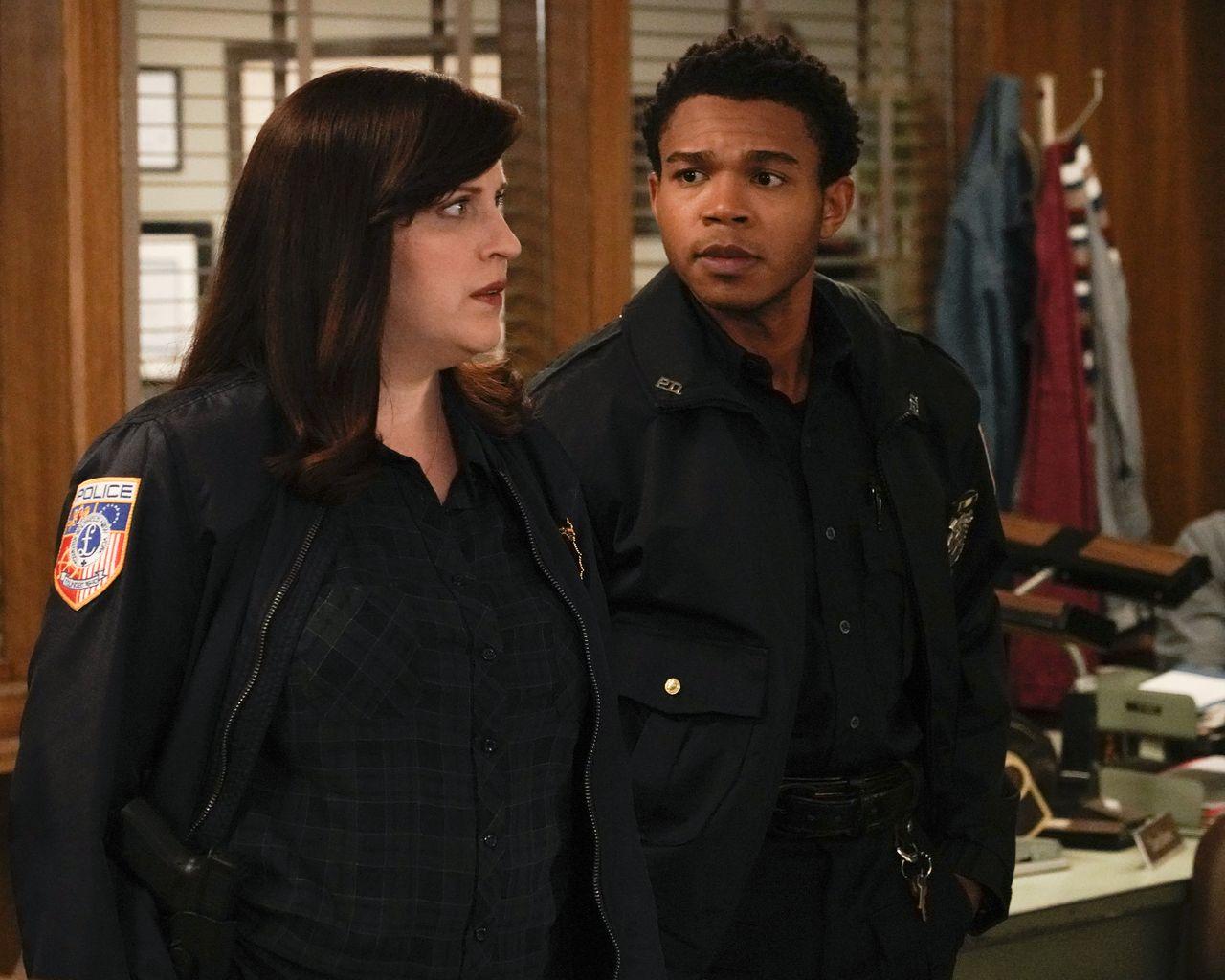 In episode 5, Emergence explores the aftermath of the attack on Benny and April. The episode title is a license plate number which belongs to their attacker, but it sounds like it could be Piper’s serial number. Or maybe it’s the hitman’s serial number.

Piper has more visions, which lead to new discoveries about her AI subconscious. Ed’s health deteriorates, putting Piper and Mia at risk. Kindred and Jo face off again, which escalates the determination of each to bring the other one down.

The sometimes deadly combination of family, love and risk is the theme of the week, along with the question of what or who is worth fighting and dying for. Whenever Kindred is involved, the concept of love vs control also comes up. Kindred buys, steals or manufactures love and family, ensuring there’s no risk to himself. He is the symbol of the modern industrial lifestyle and in opposition to Jo’s open family, who put in the hard work of being there for each other through good times and bad.

END_OF_DOCUMENT_TOKEN_TO_BE_REPLACED

Emergence is my favorite of the four new dramas I watched this week (also Prodigal Son, Stumptown and Evil). It has a compelling mystery with its own twist, characters I already care about who aren’t dark and cynical and a diverse, gender-balanced cast.

I really like the philosophy the show exhibited in the pilot. It’s not overly sweet or dark, but there’s a certain warmth and optimism. I get the sense that Piper is the main clue to a larger mystery, not a unique magical child who’s meant to save the world by herself. Hopefully the characters and mystery plot will stay in the forefront, while shoot outs and gore will be kept to a minimum.

And I love this new mother-daughter team of soft-hearted, unlikely bad*sses, who are part of a family of flawed but caring people. Real moms with good judgement for the win. I was so proud of Jo for being the one with the gun who could protect her family when an intruder broke into their beachhouse, but also for getting the family out without firing a shot. She put the safety of her family and solving crimes and mysteries first, as she should.

Emergence begins late at night in the sleepy Long Island, NY town of Southold, when there’s a town-wide power outage at the same time that a plane crashes on the beach. Police chief Jo Evans (Allison Tolman) is awakened by the outage. She and her family go outside to see what’s going on and notice an ionized glow, similar to the Aurora Borealis, rising from the site of the plane crash. Jo gets a call about the crash and says she’ll be right there. She tells her young teen daughter, Mia (Ashley Aufderheide), and her father, Ed Sawyer (Clancy Brown), that she’s leaving and sends them back to bed.