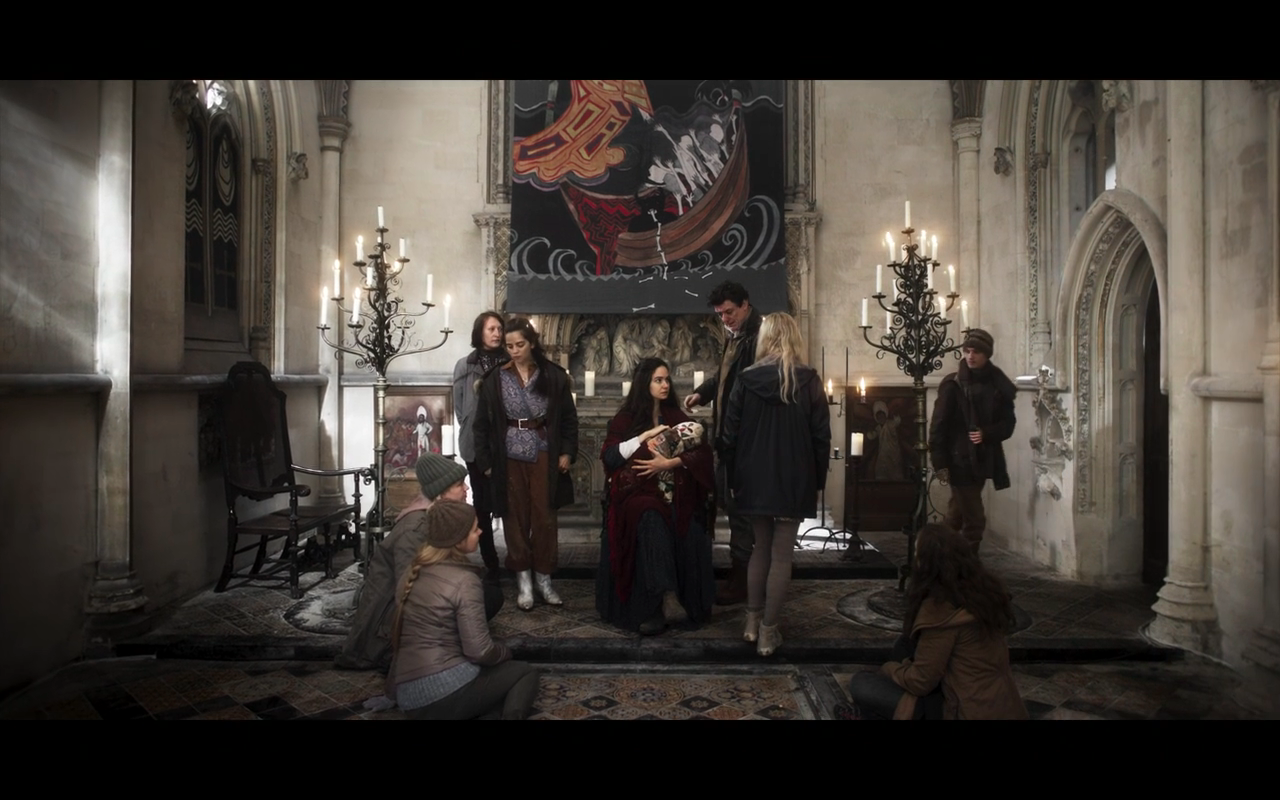 Episode 6, The Dark, is the third day in Helen’s cycle on the island. She’s found Sam, so now it’s time for their confrontation. The islanders will, of course, do everything possible to interfere, up to and including murdering each other, but Helen has already proven that her energy is strong and she will persevere. It’s time for some answers.

Ellie continues her initiation into the island’s ancient beliefs with Kail. She meets more of the true believers and learns how she can help them, including toying with cult membership. Lu goes on the run, retracing the steps we’ve seen her parents take during their time on the island. She combines their journeys, but her path is also uniquely her own. By the end of the episode, each family member will have been put through their own trial and will come to their own conclusions about Osea Island. Helen and Sam each find their own reward.

Helen (Naomie Harris) and Sam (Jude Law) walk silently toward each other on the dock. They’re more like two enemies who are about to duel than a husband and wife who are about to be reunited after 9 months of separation. Jude Law and Naomie Harris project intense chemistry, love and longing underlying the bitterness between them.

END_OF_DOCUMENT_TOKEN_TO_BE_REPLACED 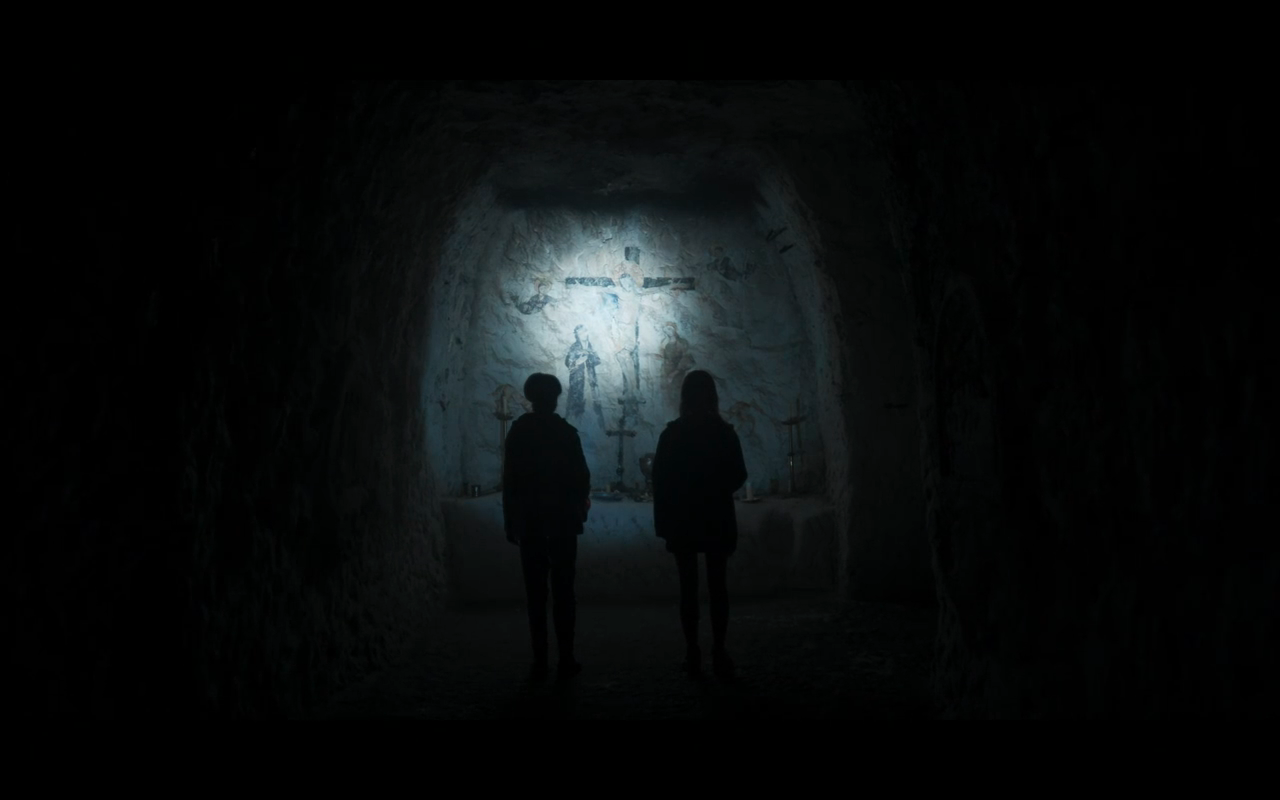 With Jess in labor and the islanders at war, in episode 5 Helen is called on to act as midwife. She also reveals that she’s searching for Sam on Osea. Ellie gets to know Kail, leaving Lu to her own adventures. We learn more about how Sam’s disappearance and Nathan’s death affected the family.

The story picks up in the middle of the night, with Helen sound asleep and dreaming about Sam standing on a beach, calling to her. He calls her by his nickname for her, “Cass”. She wakes up when a woman screams.

Mrs Martin’s implication that of course the pub is safe was about as truthful as any other message she sends.

The woman continues screaming and both girls wake up, so Helen gets up to find the source of the sound. Lu, ever the sensible one in the family, tells her not to go. Helen responds by ordering her two girls to stay upstairs, alone, in the dark room.

END_OF_DOCUMENT_TOKEN_TO_BE_REPLACED

Part 3 of The Third Day, Winter, picks up several months after Part 2, Autumn. It’s been nine months since Sam came to the island in May, which makes it February of the following year.

Part 3 follows single mom Helen (Naomie Harris) and her two young daughters, Ellie (Nico Parker), who’s almost 14, and Lu, short for Talulah (Charlotte Gairdner-Mihell), age 9. They arrive on Osea Island for a brief holiday, only to find that the islanders are at war again and there’s no room at any of the inns. In fact, the inns are permanently closed.

The sacred tourism idea from Parts 1 and 2 seems to have been scrapped. Instead, some residents are attempting to flee the island in tears. But with all of the chaos, the island tourism board forgot to take down room listings, so now the villagers have three cold, tired and hungry tourists to deal with, much like they had to deal with Sam at an inopportune time in Part 1.

Weird how this keeps happening, isn’t it?