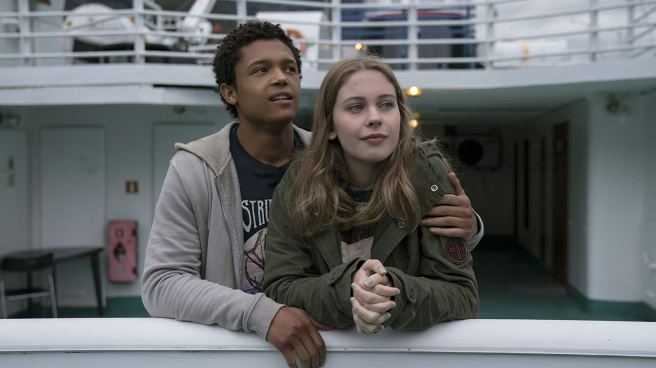 Everything. Anything., the season 1 finale, begins much the same way as the season premiere did, with the camera floating across the fjord to give the audience a panoramic view of the beauty and isolation of Sanctum’s setting. As with the premiere, Bendik’s Halvorson’s plans are spiraling out of control and he’s trying desperately to stop the chaos. Sanctum is his kingdom, and he rules it with an iron fist covered by a velvet glove. But even on an isolated island, the past has a way of coming back to haunt you.

The shots of the fjord gradually transition to a montage which recaps the season, reminding the viewer where we are now and how we got here. Sohn’s The Wheel plays over the montage. It has a pretty melody and vocals interrupted by staccato silences that sound to me a lot like a record skipping. The contrasts in the song fit the contrasts in the show’s physical and emotional environment well. Every character’s life has been interrupted and rendered out of sync by the events of the season.

On a side note, John is still naked in the morning. I find it hilarious that everyone else at Sanctum is wrapped in multiple sweaters and layers from head to toe, 24/7, but they got John naked as soon as he stepped onto the island. The harem’s been deprived of a broad-shouldered specimen like him for ages and they’re going to take advantage of it. While they launder his clothes, of course. Slowly.

END_OF_DOCUMENT_TOKEN_TO_BE_REPLACED 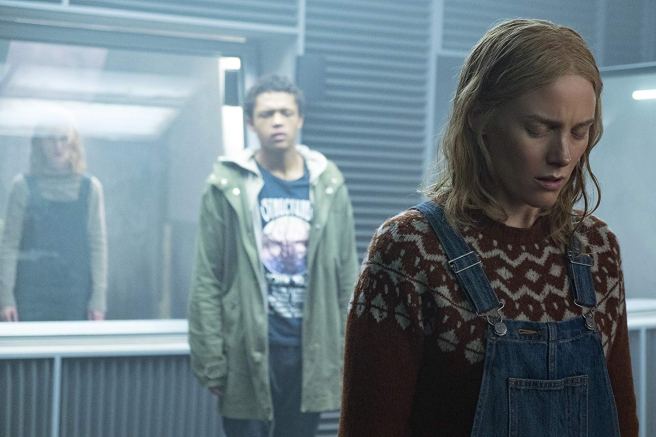 In this episode, we finally discover the meaning of Lewis’ oft repeated question, the episode title, “Will You Take Me, Too?” When June and Elena are reunited, Elena’s actions on the night of the Penines 5 are revealed, as is her connection to Lewis. It’s hard to know whether to count Elena as a perpetrator or another victim.  She didn’t have premeditated intent, but should she have had better control?

We also inch, ever so slowly, closer to understanding Ben’s intentions. We’ll have to wait until the finale to find out exactly what his plans for June are, but he definitely has plans to use June to save Runa. I think he wants June to shift into Runa indefinitely, the way she shifted into Elena and was becoming indistinguishable from her. With June wearing Runa’s body, he’d have the best of both worlds. Presumably the June version of Runa wouldn’t have dementia, and they could have shapeshifter children together.

I knew someone else gave Kam the idea of shifting into another person and staying them forever.

As the penultimate episode of the season, this episode continues to move the chess pieces into place for the finale. John and Harry make it to Sanctum, but John is hurt. While Harry recommits to June, she’s more scared than ever after shifting into Elena and discovering how bad things could get. She can’t trust that the two of them are enough to keep her from hurting someone anymore.

END_OF_DOCUMENT_TOKEN_TO_BE_REPLACED

In episode 6 of The Innocents, the men get weepy and the women go drinking. Left alone on the island, Runa, Sigrid and Elena break the rules and share some female bonding time with Runa’s homebrew. Harry goes home to his family and has a tearful reunion, then discovers some distressing information about Lewis. He runs to the farm to share it with Ryan and John, leaving Ryan teary-eyed as well. June meets the mysterious Dr Halvorson, and agrees to go to Norway with him. One of the first things he does is take away her phone, cutting off her access to anyone else. Before they leave London.

The groups and alliances are reshuffled in this episode. Some much needed communication happens between multiple characters, building bridges between them. By the end of the episode, the characters have moved into position for the final act.

After Harry walks away from her, June walks back to Kam’s flat in the sunshine, with her beautiful hair glowing in the sun. She looks sad and lost, but her hair will carry her through this disaster. That hair is survivor’s hair.

END_OF_DOCUMENT_TOKEN_TO_BE_REPLACED 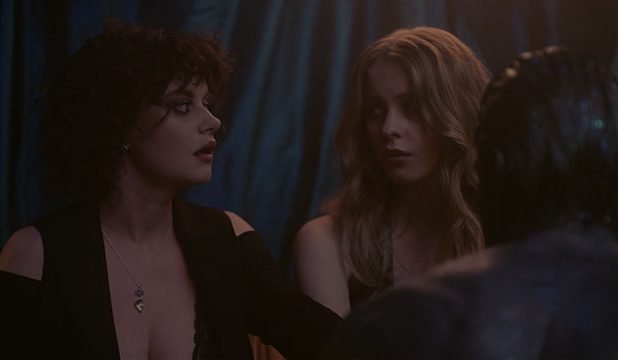 June and Harry meet another shapeshifter in episode 5, the passionate amateur who left a comment for June at the end of episode 4. The new shapeshifter lives a very different lifestyle from what the teenage couple had in mind. When she tries to manipulate June into breaking up with Harry and joining her party crowd, their friendship goes wrong. There are consequences for Harry and June as well.

At Sanctum, tensions continue to grow between the three women. Elena begins to gain control of her shifts. Sigrid prepares to move back into the world. Runa grows more unstable. Ben prepares to bring June into the fold. It’s hard to imagine that incorporating June into this powder keg will go well.

Elena has already made progress in her therapy. Her overall emotional trigger is love, which explains a lot about her life. Ben has created a slide wheel that’s tailored to her triggers, filled with images of mothers and children, sex and death. Elena watches it, and tells a story from Ryan’s childhood, when he was chasing butterflies down a path.

END_OF_DOCUMENT_TOKEN_TO_BE_REPLACED 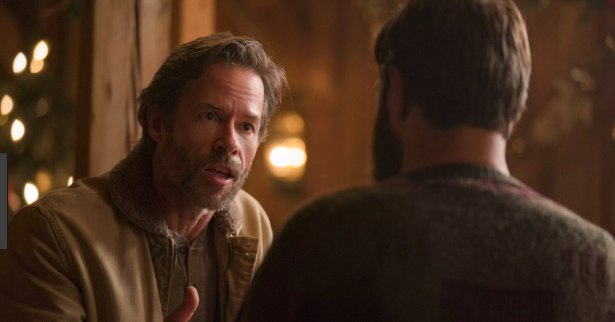 This episode, we get some back story on the beginnings of Sanctum and more insight into Ben’s relationships with Steinar and Runa. As Sigrid inches closer to leaving Sanctum, her confidence grows and so does her willingness to engage in harem rivalries. Ben loses control of his harem, proving it’s probably not the best place for a teenage shifter.

Steinar and Alf have a misunderstanding that leads to a major falling out between them. Alf finally calls Sanctum what it really is, a cult.

John is proven incapable of sharing information, no matter how vital. Probably because it would require him to speak in full sentences, possibly even paragraphs. Christine starts to put together some old and new puzzle pieces regarding Lewis’ case, even though Doug still wants her to drop the matter.

Harry and June figure out some of the basic rules of shapeshifting, while June takes a brief excursion away from reality. Ryan proves to be the best once again. And Harry and June reach a major new milestone in their relationship.

END_OF_DOCUMENT_TOKEN_TO_BE_REPLACED 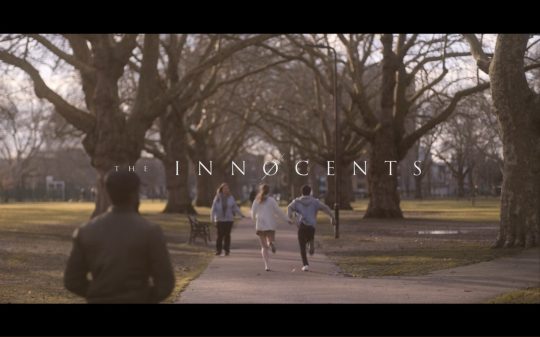 There they go again. With so many people chasing them, June and Harry are always moving from place to place, trying to stay once step ahead. It’s a stark contrast to the Norwegian portions of the show, which are based on the subtle, slow moving character arcs of the people living in the Sanctum compound. You can’t help but compare June and Harry’s youthful exuberance to the damaged, uncertain middle-aged adult shapeshifters at Sanctum. Is June doomed to also lose her confidence and identity, or will Harry’s love and a supportive community help keep her psyche intact?

Harry gives Christine a rare chance to parent him without any interference in this episode. With just a few words she shows what an impact a supportive community can have. He’s overwhelmed by the ramifications of June’s shapeshifting, and not sure he can cope with how huge the whole thing is, plus he’s worried that he’ll end up injured by one of her shifts. When he tells Christine this, in very general terms, she says that’s how love works. Things change, but it’s still the same person.

END_OF_DOCUMENT_TOKEN_TO_BE_REPLACED 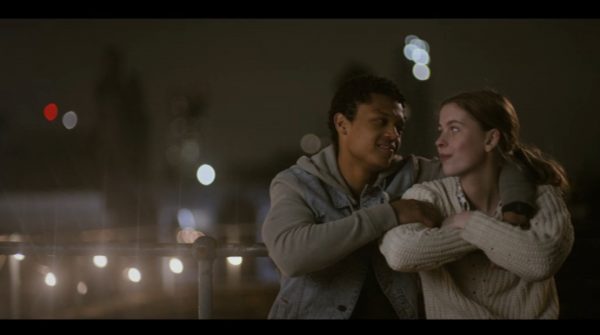 Episode 2 of The Innocents picks up roughly where the pilot left off. After June (as Steinar) has forced her way back into their hotel room and shown her boyfriend, Harry, that Steinar reflects her image in the mirror, Harry does the only sensible thing and makes a run for it. He runs for freedom, through a field of wheat, in an image similar to images from earlier this year in The Handmaid’s Tale, season 2.

June Osborne ran through a corn field toward freedom in one episode and then a grassy field in a later episode. She didn’t make it to freedom either time, and neither does Harry. His June, June McDaniel, follows him, still in Steinar’s body, trying to convince him that she’s herself, not the Norwegian henchman. She flails and cries, and finally quotes one of his love letters, which makes Harry stop and really look at her. “You told me that you kept all my letters and that you weren’t embarrassed. Harry, I don’t know how, but it’s me. It’s really me.”

END_OF_DOCUMENT_TOKEN_TO_BE_REPLACED 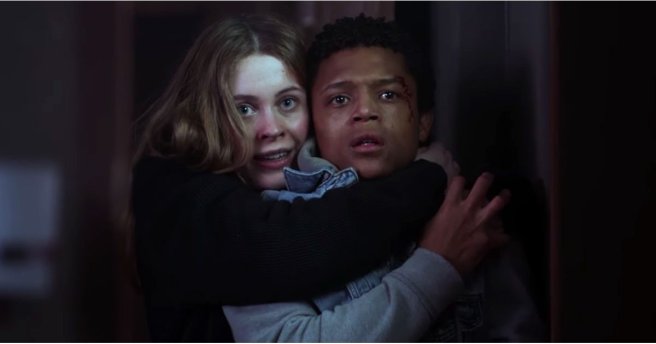 Metawitches full review of The Innocents is HERE.

The Innocents is finally here. It’s time to go on the run with June and Harry, a teenage shapeshifter and her devoted boyfriend, who leave their home and strict families for something better, only to discover that it’s a cold, cruel world out there, and everyone has been lying to June about who she is for her entire life.

Except June isn’t secret royalty or a mob princess, she’s a shapeshifter, whose body takes on the form of the first person she touches during stress-triggered shift-states. June discovers this accidentally, when she’s alone with an unconscious man. Later she has to convince Harry that she is who she is, despite the way she looks now. Love and mirror reflections (see the photo at the top of the page) conquer all, eventually.

This show is for fans who’ve missed classic supernatural teen romances set against the background of larger mythology and ideas, like Roswell and the early seasons of Buffy the Vampire Slayer and The Vampire Diaries. The soulmate aspect is important, and as the season goes on, it’s explored not just through June and Harry, but through other couples as well.

END_OF_DOCUMENT_TOKEN_TO_BE_REPLACED 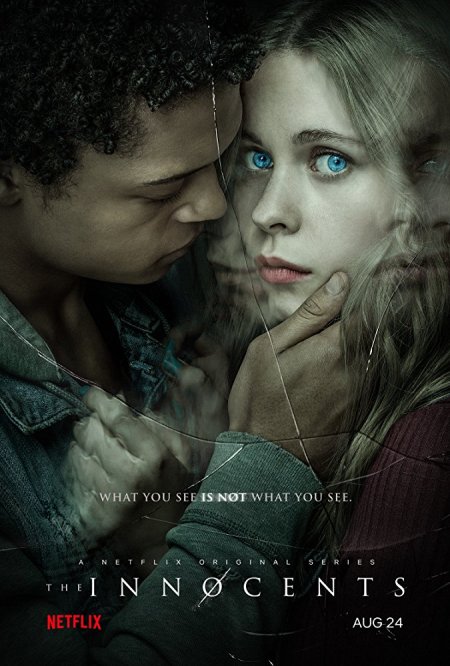