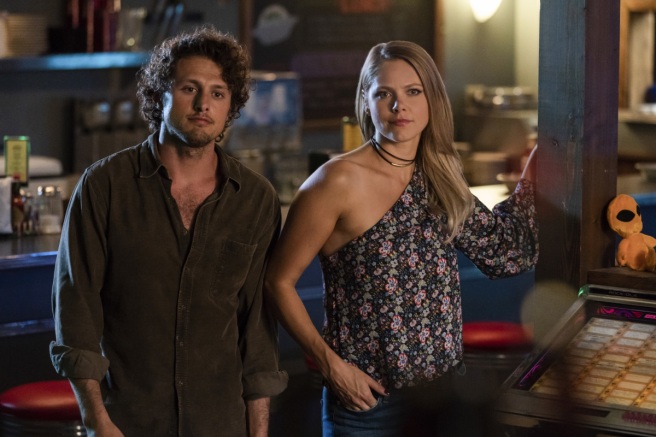 So Much for the Afterglow is right. After an enjoyable pilot, Roswell, New Mexico comes crashing down to earth in episode 2. I had a lot of issues with this episode, but the biggest one was with Max Evans. If you watched the original series, you may know where this is going.

I hated the Tess/Max storyline in the original series, especially for how much it took away from Max and Liz’s story. I was hoping Roswell, New Mexico would never go there. I knew Max had been casually dating someone in this series, and was fine with it. But dating someone else while Liz was gone for ten years is totally different from being ready to get together with Liz one minute, then shagging his second choice ten minutes later.

I wasn’t ready for Max to leave Liz and go straight over to the Tess look-alike’s house for sex. I was really, really, really hoping to avoid that entire scenario, where he’s in love with Liz but inexplicably sleeping with the blonde. Yet here we are, in episode two. Very disappointing. For a number of reasons, which I’ll go into further later on.