The world of the sensates is broadening rapidly this season, and within this episode. Will finally breaks through the barrier of Whispers to reach a BPO executive and manages a meeting with Jonas, both of which prove very informative. Wolfgang meets a sensate from outside the cluster. But the new information comes with new dangers, and traps within traps are a major theme for this season.

Will and Whispers/Gibbons/Milton/Matheson/Brandt (How many aliases does this guy have?) are meeting in the nondescript room in London that they’ve talked in before. Whispers concedes that Will has compromised him, and tries to convince Will that they have more in common as two Homo sensorium than Will thinks. Will doesn’t buy the ruse. He wants to talk to Croome, the BPO executive in charge. Nomi feeds Will Croome’s personal information until Croome comes into the room. Whispers starts out relaying Will’s demands for a meeting, but balks when Will says that he wants Whispers out of his head. Nomi texts the message to Croome’s personal number, and also asks for a meeting with Jonas. Croome calls in guards who inject Whispers with a drug that renders him unconscious, and Will is finally free from Whispers’ surveillance.

END_OF_DOCUMENT_TOKEN_TO_BE_REPLACED 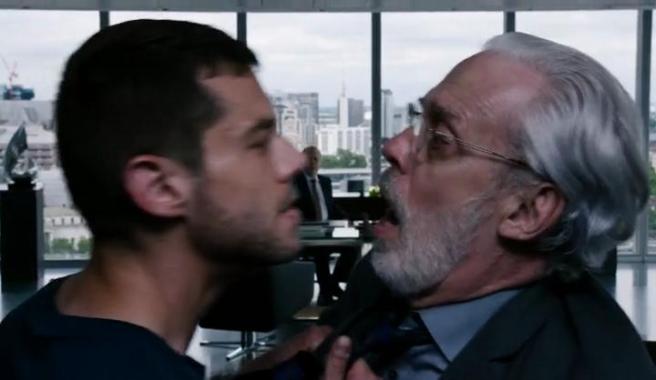 The sensates are back, and the wait has been as hard for them as it has for us. Will’s heroin addiction is reaching a critical state as he and Riley continue to hide from Whispers. Nomi and Amanita are also still in hiding from Whispers’ people. Lito is facing new consequences of coming out, while Sun, Wolfgang, Capheus and Jonas all continue to be threatened by forces similar to those that threatened them last season. The difference this season is that they’ve learned to quickly jump in and give support, or take over to help each other, which makes them an effective team. But Whispers is relentless, and knows what he’s doing.

We open on Will and Riley asleep in their latest squat, a church somewhere in Europe, by the looks of it. Angelica, their cluster mother, sits nearby and watches Will. He transitions into “visiting” with Whispers as Whispers controls the mind of another sensate. Whispers sends the man to murder someone else, as a demonstration for others who stand in the room and watch. The mind-controlled sensate has had a neural graft procedure performed on his brain which Angelica helped to develop, working with Whispers. Will’s also experiencing Angelica’s memory of Whispers tricking her about the purpose of the procedure, then he experiences the murder itself as if he’s the perpetrator.  Whispers and Angelica were a couple in her memory. Angelica is filled with guilt in the present day. She tells Will he has to stop it.

Will startles awake, terrified that he’s actually killed someone. Riley comforts him back into reality.