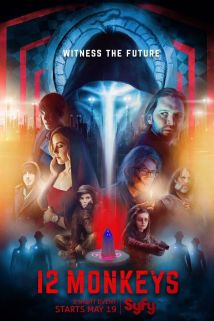 A reader requested that we write up a compare and contrast review between 12 Monkeys and Dark. Now that all of the Dark recaps are done, we thought we’d do that, and add in Travelers, the other fan favorite time travel show around here.

All 3 shows premiered and completed their runs between 2015 and 2020. They are all anchored in the present day, but also take place in the future and the past. They all deal with dystopian futures which the main characters want to prevent using time travel and the knowledge of events they’ve gained through time travel and advanced technology. All 3 also have ensemble casts that include time travelers, their handlers and mad scientists, though the groups tend to be fluid- almost everyone will time travel or have a good idea eventually.

END_OF_DOCUMENT_TOKEN_TO_BE_REPLACED 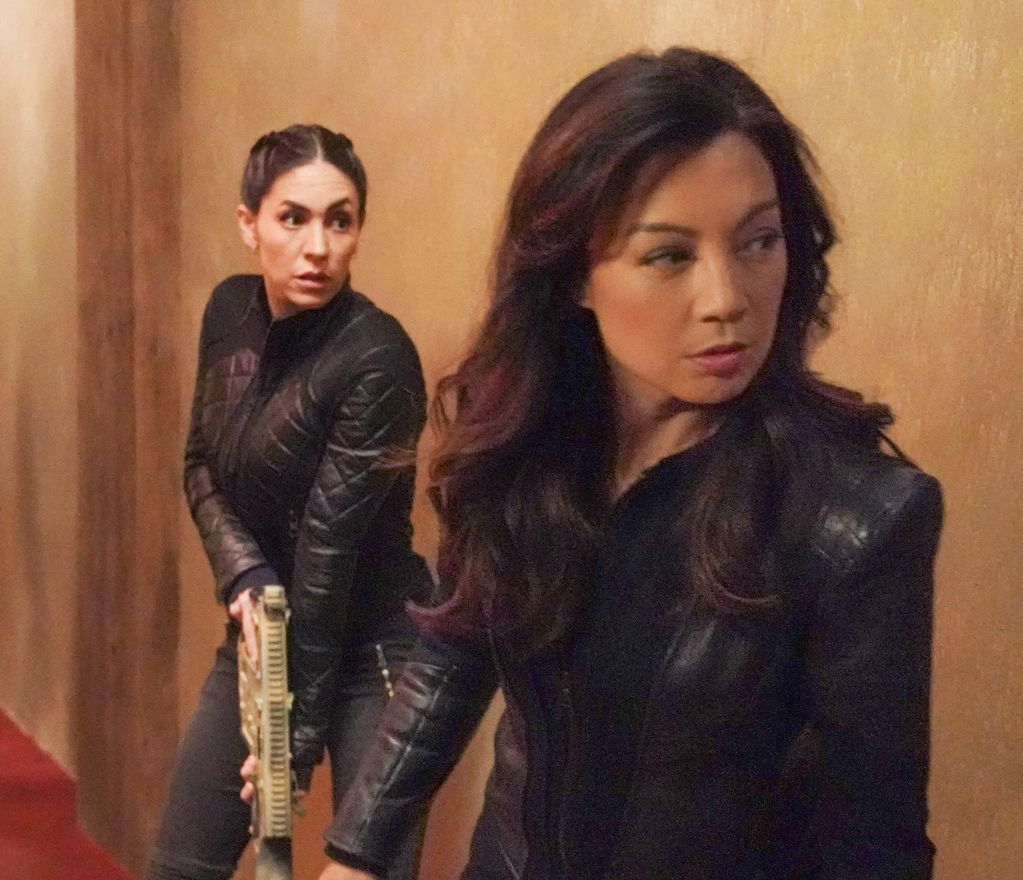 Throughout S7, Agents of SHIELD has used film and TV themes and tropes from the eras it’s visited in each episode to help tell the story. In S7Ep8, After, Before, which took place in 1983, the show broke from this tradition and explicitly referenced two 21st century shows- Avatar the Last Airbender (2005) and its sequel series The Legend of Korra (2012), both from Nickelodeon.

I found this confusing, since both series were influenced by the Japanese animation style of anime and by Eastern cultures, but they are made by two white, American men, so they are actually neither anime nor Asian. It didn’t make sense to include them in this episode as 80s or Eastern shows. When I write it out like that in a single sentence and you’ve already seen the episode, I imagine the connection becomes obvious, but it took awhile for me to remember those facts about the Avatar series and make the connection.

END_OF_DOCUMENT_TOKEN_TO_BE_REPLACED

In episode 8 of Star Trek: Picard, Broken Pieces, La Sirena’s emergency holograms complain that their memories have been tampered with. And it’s not just major pieces of information about Rios’ former ship the Ibn Majid that have been removed. Mr Hospitality claims that seemingly trivial bits were deleted by Captain Rios, using the example that now he doesn’t know the proper temperature to serve Yridian tea at. The emergency navigation holo mentions that his knowledge of Medusan astronavigation is gone.

These two bits seem like they might just be comedic throwaway lines, but I think they’re much more. Telepathy links Yridian tea and the Medusans. It’s also an underplayed aspect of Star Trek: Picard.

END_OF_DOCUMENT_TOKEN_TO_BE_REPLACED

From the first moments of Jean Luc Picard’s dream in the pilot, Star Trek: Picard has been using a color scheme as part of its symbolism. Picard’s dream about Data, 5 queens, drinking tea and the attack on Mars is one prescient symbol after another. In this post, let’s examine how the creators of the show are using color.

The most symbolically important colors are red, green and blue. Gold/yellow, orange and white also play a lesser role. When the colors mix, the message is more complex. Fire/flames/explosions and the use of lighting are closely tied to the use of color. Often color will be expressed through lighting, sometimes as a hazy wash of colored light. Gold is particularly used this way on Chateau Picard and in Picard’s holographic study on La Sirena. Green is almost exclusively used in Romulan lighting, except for the greenery on Nepenthe, a few items of green clothing and Soji’s eyes. Red can be in the form of light, but if it is, most often it comes as a form of fire, tied to red’s core meaning of “real”.

END_OF_DOCUMENT_TOKEN_TO_BE_REPLACED

Could Zhaban, who we know is a former member of the Romulan secret police known as the Tal Shiar, also belong to the even more secret Romulan spy agency, the Zhat Vash? It’s possible that he’s been living with Picard for the last 14 years as a deeply embedded spy, watching for a synth to arrive.

I don’t want to believe this of the kindly caretaker and vintner either, but hear me out.

END_OF_DOCUMENT_TOKEN_TO_BE_REPLACED 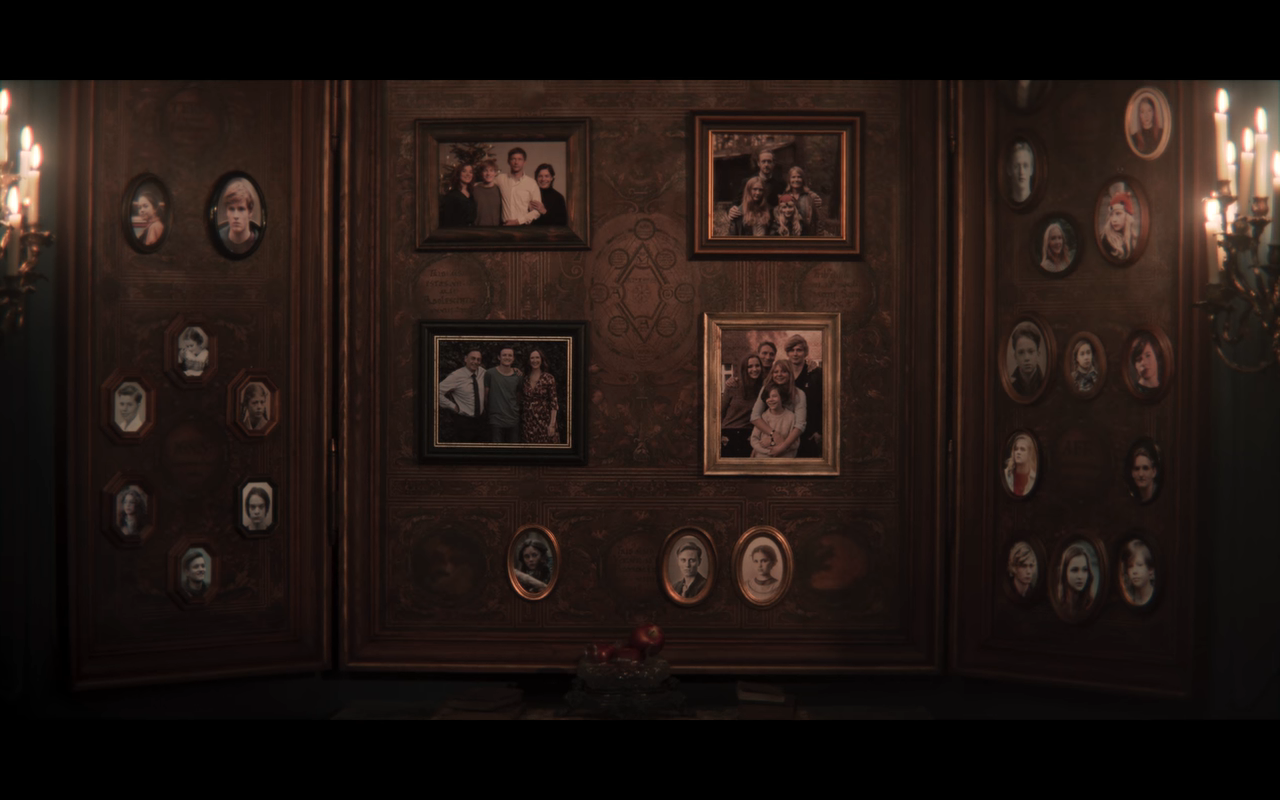 Adam uses the youngest version available for his individual photos in his version of Claudia’s Winden Family Tree board. While Claudia’s board doesn’t cover the entire town, it covers most of the characters who play a significant role in season 1, and shows them in each of their phases of life. Adam’s is much more exclusive- he’s only interested in narrowing down the survivors of his apocalypse and their immediate predecessors.

END_OF_DOCUMENT_TOKEN_TO_BE_REPLACED

Okay, let’s give this a whirl. As you might imagine, Horned Gods aren’t my specialty, so I’ve done some research. But also, by the end of season 2, everything metaphorical in Dark is twisted and tangled together, just like the storylines. In season 1, we had nice, neat metaphors presented in ways that couldn’t be missed, with deeper meanings there if you wanted to search for them.

But, before we go any further, a warning. I can’t ignore current events while I’m writing this, and that’s not what I’m about, anyway. This piece was always going to examine the characters, mythology and their connection to the real world. Then the real world didn’t give me a choice. The creators of Dark didn’t choose to have boys be the ones to disappear simply to give women a break from victimization. The boys of the real world are making themselves disappear, and they’re often doing it while armed to the teeth.

They set the show in a town which was losing its main source of employment and then put that town through a slow dystopia which led to a fast apocalypse. This is what Western culture has put itself through since the 1970s, when corporations began moving manufacturing jobs from their traditional bases, and the towns whose original farming and small business economies were destroyed by the factories in the 19th century were now destroyed by the factories leaving.