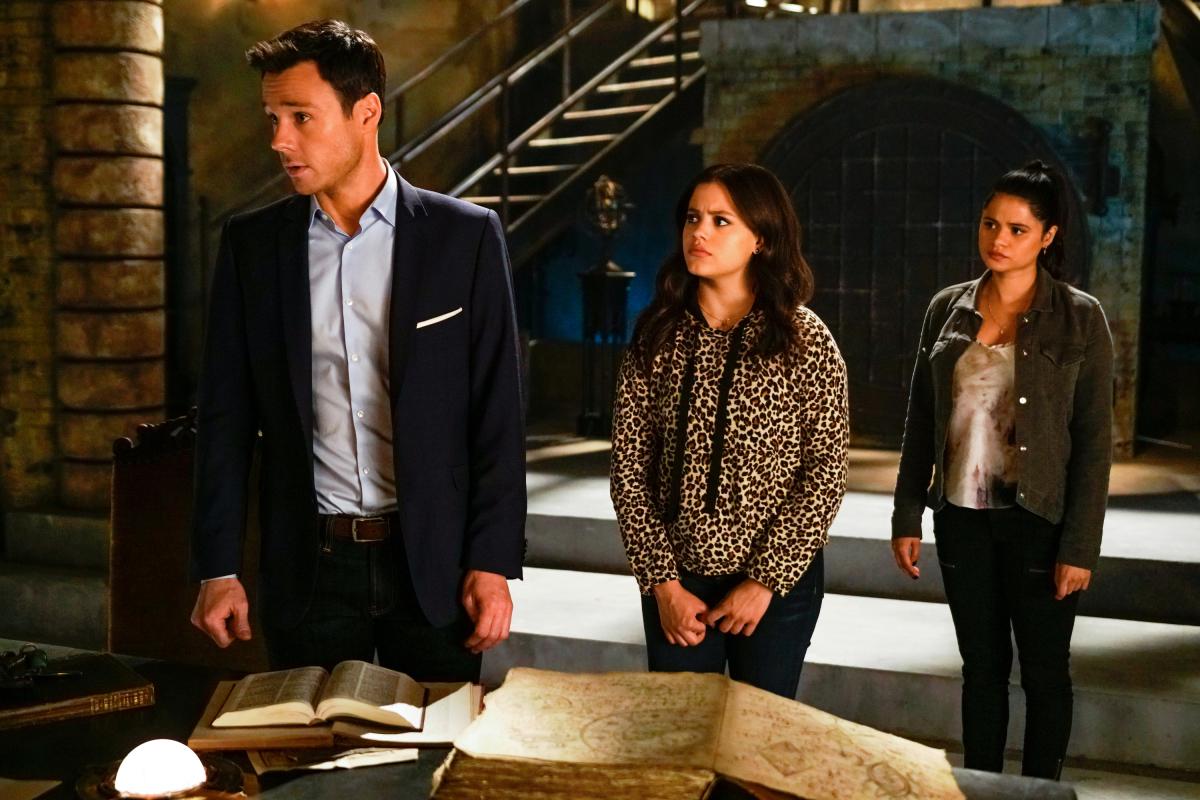 In Things to Do in Seattle When You’re Dead, the Vera-Vaughn witches and Harry continue to cope with the loss of their powers and the demons’ war on witches. This week, a dream about the demon with Harry’s face leaves Macy troubled, Maggie discovers that everyone in Hilltowne thinks the sisters died in a house fire, and Mel struggles to bring a sense of order back to her life. They all deal with trust issues.

Macy and Harry go on a mission to rescue a witch from the demons. Maggie decides she needs to work on growing up more by taking on more responsibility and facing hard truths. Mel tries to reconstruct spells from the Book of Shadows to start bringing their magic back. They all find some success and a bit of their individual powers shine through in the process.

It’s night and Macy is wearing a silky, low cut nightgown and robe as she walks toward her bedroom mirror. Harry appears behind her, also wearing a robe. He says her name. She startles and turns, telling him he scared her. He asks if she’s happy to see him.

Macy closes her robe tightly around herself and asks what Harry wants. Sexy as this all is, even in a dream, she’s subconsciously figured out that it’s not the real Harry.