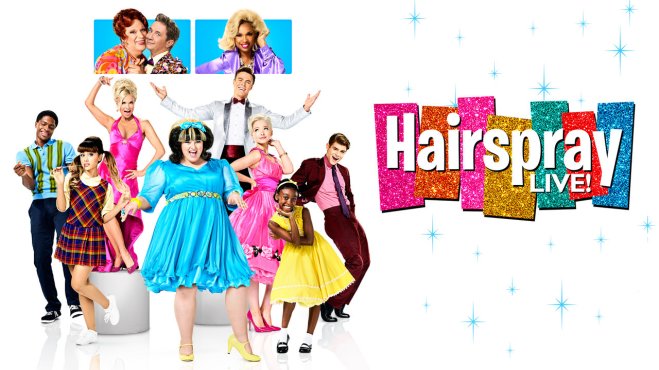 It’s Finally Here! And Darren Criss Is All Over It!

Here are the last few promo videos before Hairspray Live! airs on NBC tonight (12/7/16) at 8:00 PM ET. At the bottom, two bonus audios from the cast album. Darren Criss hosts a preshow special, The Countdown to Hairspray Live!, on NBC at 7:30PM ET. Sean Hayes and Kristin Chenoweth cohost. Darren will also host a Facebook live event during the broadcast, as well as giving viewers peaks backstage within the broadcast itself.

Scenes from the final dress rehearsal:

Fierstein Chat with the Cast with Harvey Fierstein

I Can Hear the Bells- Maddie Baillio & Ariana Grande

Based on the Tony Award-winning Broadway musical, “Hairspray Live!” takes place in 1962 Baltimore. Plump teenager Tracy Turnblad’s dream is to dance on “The Corny Collins Show,” a local TV program. When against all odds Tracy wins a role on the show, she becomes a celebrity overnight and meets a colorful array of characters, including the resident dreamboat, Link; the ambitious mean girl, Amber; an African American boy she meets in detention, Seaweed; and his mother, Motormouth Maybelle, the owner of a local record store. Tracy’s mother is the indomitable Edna, and she eventually encourages Tracy on her campaign to integrate the all-white “Corny Collins Show.”