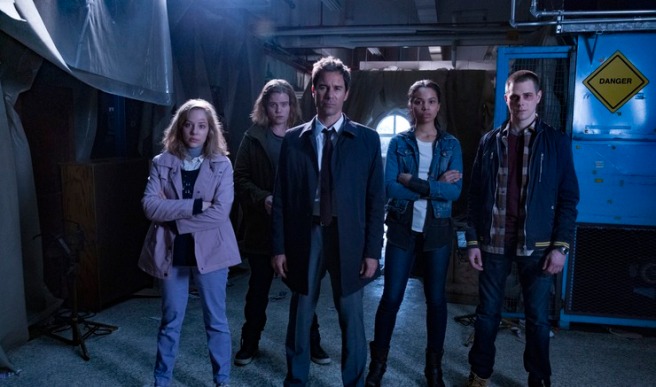 Okay, we can all breathe now. Netflix and Showcase, the network that airs Travelers in Canada, have announced that they’ve picked up another season of Eric McCormack’s time travel show. There’s no word yet on the number of episodes in the season, or when the season will premiere.

McCormack is also set to reprise his role as Will on Will and Grace for a 10 episode revival season. Production for Will and Grace will work around his schedule for Travelers. That’s a big relief, since it means that the second season of Travelers won’t be postponed while they shoot Will and Grace.

Now, can someone just explain to me why my post on Travelers episode 5 is the most popular post on this blog, by far? I know y’all love the show, but why that episode, in particular?