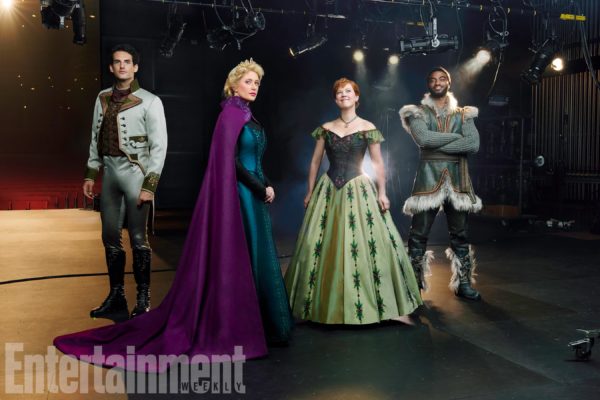 Here is the first look at the costumes for the four main characters in Frozen the Musical, reports about the show from the local Denver CBS news station, and the fourth video in DCPA’s video series, an interview with choreographer Rob Ashford.

We walked between Greg Moody, the Denver CBS TV critic, and the merch stand, as he was filming the report, when we left the theatre. We’re not in the video, though, the camera was pointed at Greg and the Frozen media backdrop. I’m surprised he didn’t show or mention the many, many adorable little girls who were dressed up, either in their Elsa dresses or their own best dresses. There were some great fashion statements going on.

One thought on “Frozen the Musical in Denver: More Youtube Videos”