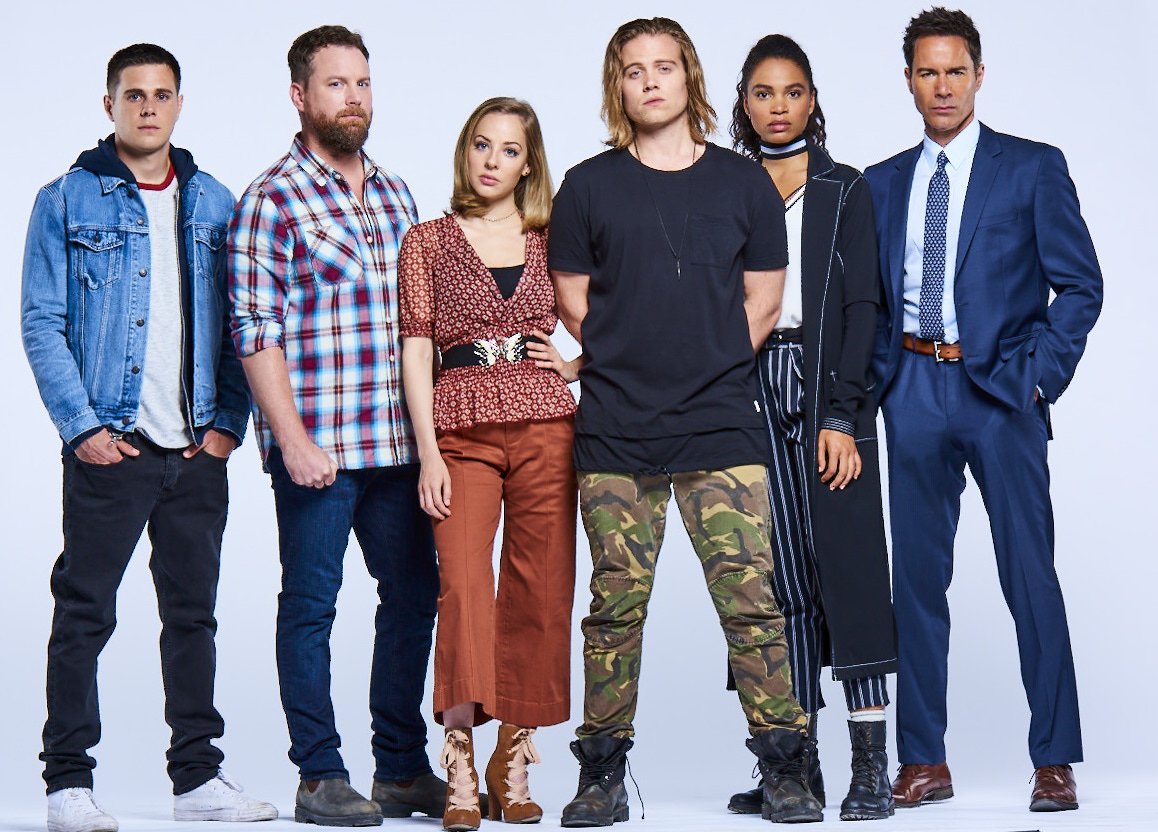 Well, that’s new. The long awaited press announcements officially confirming Travelers’ season 3 renewal have finally come through, but with a twist. Travelers will now be produced exclusively by streaming service Netflix, instead of as a joint production between Netflix and the Canadian TV network Showcase, as it had been for its first two seasons. The delay in the official announcement might have been due to working out the details of the divorce. Travelers is one of the most binged shows on Netflix, but must not have had the ratings Showcase wanted to see. Presumably Canadian viewers will still be able to watch Travelers on Netflix.

More details on season 3, including Eric McCormack’s Twitter announcements, after the jump.

My fellow #Travelers… here it is… @netflix pic.twitter.com/WeAz8bXFdF

IT'S OFFICIAL, MY FRIENDS! pic.twitter.com/eR0fJOhr8q

Season 3 of Travelers to debut only on Netflix

Eric McCormack, who is set to direct the season 3 debut, confirmed the news today:

Before I was Will Truman again, I was a Traveler. And I am so excited to be able to tell our fans, worldwide, that Brad Wright’s subtle and stunning sci-fi drama is back for a third season. I am so proud of this show, particularly that it’s all-Canadian. From our devoted Vancouver crew, to an uber-talented young cast who hail from Alberta, BC, Manitoba and Ontario, to my producing partners and our Toronto roots, Travelers is a series as Canadian in its creation, as it is global in scope. I am counting the days ‘til I return, not just as Special Agent Grant MacLaren, and as a producer, but as the director of the 3rd season premiere. Travelers will continue to be unwavering in its dedication to Canadian talent, and in its drive to be one of the strongest, most binged shows on Netflix.

Our partner Eric said it best. We’d like to add our gratitude to our viewers in Canada on Showcase – as well as the Corus and Sky Vision teams – for two extraordinary seasons. We are excited to start shooting Season 3 this March in Vancouver, and to continue the Travelers story for fans in Canada and around the world, only on Netflix.

They both say that the show takes place hundreds of years in the future, lol. They used the same stock description written by someone who’d never seen Travelers.

So very happy to share with @TRVLRSseries fans that we are coming back for season 3!!! Cannot wait to bring you more! Thank you for watching and making this happen 🙏 https://t.co/yi7DcuKZDp

The news you've all been waiting for… #Travelers Season 3 begins production soon!! pic.twitter.com/PR4nAJOmmw

TRAVELERS SEASON 3!!!!! Only on @netflix … told ya it was good news 🤩 thank you guys so much for watching and making this happen!!!!!! 😘 pic.twitter.com/stasAc40sl

off the welfare and back to work! woo hoo! https://t.co/nU5sA9BTxf

(Adam composes the music for Travelers.)

We’re coming for you Travelers! https://t.co/mfu8G9PO2s

SEASON 3 OF TRAVELERS IS OFFICIAL! https://t.co/YlsFDlzcQa We WILL mess with time! @TRVLRSseries @netflix #travelers #netflix #season3

The first indication that Travelers had been reviewed was a listing in the trade journal Production Weekly a couple of weeks ago:

“Travelers 03” has a listing in the 3/1 issue of Production Weekly, a trade journal for TV and film professionals that “continuously tracks and compiles up-to-date data on projects in various stages of development, both domestically and international.”