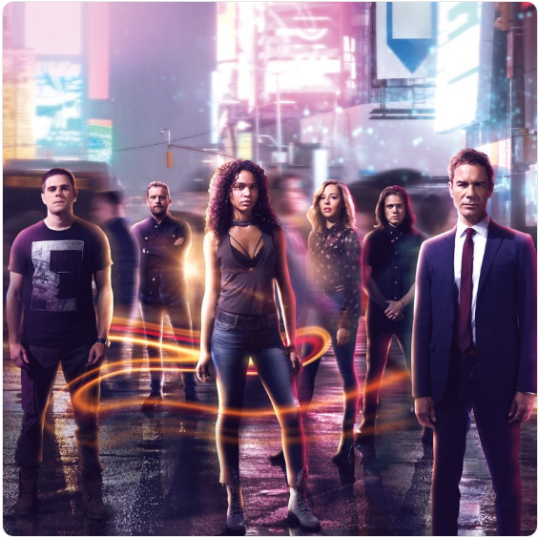 Travelers, Season 3 is coming to Netflix, December 14th. Until then, maintain Protocol 5. pic.twitter.com/tmRl5BPA6a

Only one month to go until midnight Pacific time on December 14th!! Canadians are getting the show a little later than before, but the rest of us are getting it almost two weeks earlier. Get your holiday preparations done early kids, so you’ll have time to binge watch!

The third season of “Travelers” finds Grant MacLaren and his team of highly-trained operatives from the future pushed to the limit and dealing with themes of loyalty, trust, death, and the ever-growing power of Artificial Intelligence. With their existence now leaked to the world, the team must find a way to keep knowledge of the Travelers program from the general public, while continuing to perform missions under the watchful eye of the FBI.  Each team member will face their own personal breaking point, all while trying to stop the Faction, hunt down elusive Traveler 001, and to save the world from a terrible future.

Sounds like things are about to get complicated. Those themes of loyalty and trust are intriguing. Is Perrow/Vincent/001 still masterminding a civil war while having gone deeper into hiding? Or is the Faction still all about the body swapping? Who has custody of the machine Vincent and Simon used to swap bodies in the final episode of season 2? And who/what is the Artificial Intelligence (note the capitalization in the description) that is so dangerous? Are early versions of the Director being invented and tested already?

One thought on “Travelers: Netflix Announces Release Date for Season 3”