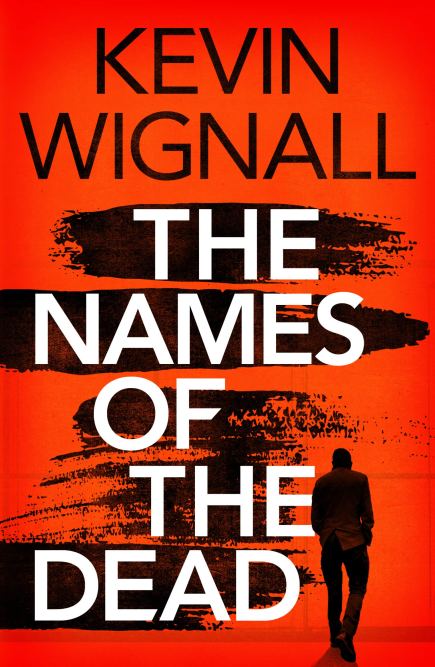 Wes is determined to find his son and discover the truth about Rachel’s death, but there’s a complication that will hinder his search. A member of his CIA team fed him false information that led to the deaths of several important people and his imprisonment. Wes is certain that while he’s been in prison, his betrayer, Scott Garvey, has solified his position in the CIA. Garvey will want to have Wes killed as soon as he sets foot outside of the prison walls since Wes has knowledge of Garvey’s traitorous crimes in the Middle East.

While Wes has been isolated from the family, friends and colleagues he had prior to his imprisonment, he hasn’t been alone. He’s been in a “country club” type prison with warlords, international hackers and other high profile global criminals. They take to him as one of their own, even if he doesn’t see himself that way. He begins his search for his son with several new, useful alliances.

One of these alliances becomes his companion on the hunt, the daughter of recently deceased Croatian warlord, General Pavic. Mia Pavic was very close to her father and lived near the prison so she could visit him often. She is “different” in ways that aren’t completely defined, but include an aversion to touch, a devotion to certain habits and routines and a very literal use of language. The assumption is that she’s on the autism spectrum. Her father had the wealth and power to educate her privately and allow her to be herself, without a formal diagnosis, so though she’s experienced some tough times, she’s generally able to function in the world on her own terms and likes who she is.

She encounters Wes at a point where both need what the other can provide and they form an informal, platonic partnership as they race through Southern Europe on Wes’ mission. The book spends much of its time in Spain, but a few other places are visited and described as well. The Names of the Dead doesn’t give an armchair traveler as much to work with as some others in the genre do, but the descriptions of the Iberian Peninsula are particularly vivid.

As a spy thriller, it’s also serviceable. The plot moves at a fast past, the clues keep coming and the characters all stay on the move. If what you’re looking for is a diverting, fast read in the spy/psychological thriller genre, this is a good choice. But don’t expect an intricate plot that holds up under great scrutiny. The end is predictable, even a bit flat, the villain not even developed enough to be called a cardboard cutout, and one senses that the more interesting stories are the ones we are briefly told in passing by side characters.

As the characters frequently say to the main character, he has one move, and everyone knows what it is. The guy isn’t a deep thinker and doesn’t have an interesting past. Eventually, that gets old and repetitive. The twist you’re hoping for isn’t coming, other than a disappointing mild one that the reader has realized long before.

The book is written as a quick read, so no character is fleshed out with great depth. As a spy, Wes is clever at observing emotions and logically deducing motivations and potential emotionally driven responses. But, as with Mia, it’s clear from the beginning that he’s missing some essential ingredient in his make up, as we listen to him describe his betrayal by men he considered friends and the loss of his wife. In an early scene, one of the world’s most notorious African warlords worries for his detached emotional state.

When the genocidal maniacs are worried about you, it’s time to reassess your life choices.

The book shines when the author begins to examine who these spies, warlords, arms dealers, etc, really are and how they became who they are. We meet their families and close friends, we see some of their loyalties and can deduce the priorities in their decision-making over the course of their lives. The differences in how someone the larger world sees as a mass murderer remains a hero within their own country, or beloved by their family and friends, or isolated, with no friends and family, are investigated throughout the book.

It’s a fascinating, if chilling subject. What is the difference between a psychopath who has little emotion or intrinsic morality to stop them from using violence; someone who could have been “normal”, who instead was raised in an extremely violent culture and adapted to it extremely well; a narcissist with the ability to lead a violent, loyal cult; and a disabled person with interior emotions but an inability to express them outwardly in a way most people understand, so they appear to lack emotion? How do we recognize and cope with those differences as a society?

This is the underlying exploration in The Names of the Dead. While it doesn’t provide definitive answers, it does show the reader options individuals and societies have chosen. We may not like to think about it, but governments and their agencies run on loyalty and emotion just as surely as families do. Both families and governments also run on violence and expediency far too frequently, and they are the true villains in this book.