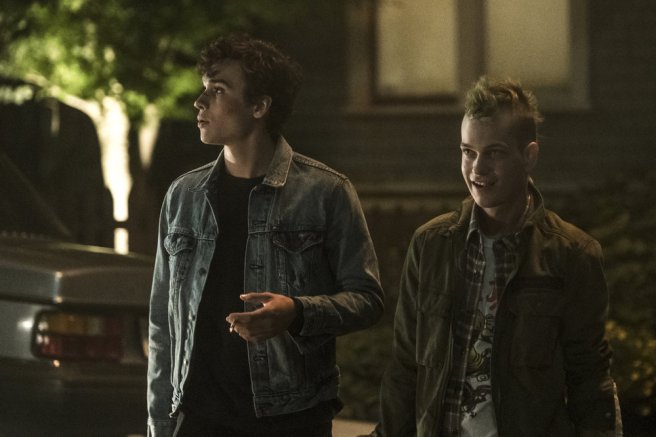 Deadly Class’s second episode, Noise, Noise, Noise, was just as amazing as its pilot. It lived up to its title, from the noise of the loud house party Marcus and the Rats coerce another student into hosting, to the noise in Willie and Marcus’ heads as they process the murder of Rory the night before. Then there’s the extra loud sound of a gun being fired very close to Maria’s head.

But let’s save that for later. Chico isn’t ready to spoil the surprise yet.

The episode begins with a long, morning-after monologue from Marcus, reflecting on the events of the night before and what it means in the context of the larger world. In the end, it comes down to nihilism and tribalism.

END_OF_DOCUMENT_TOKEN_TO_BE_REPLACED 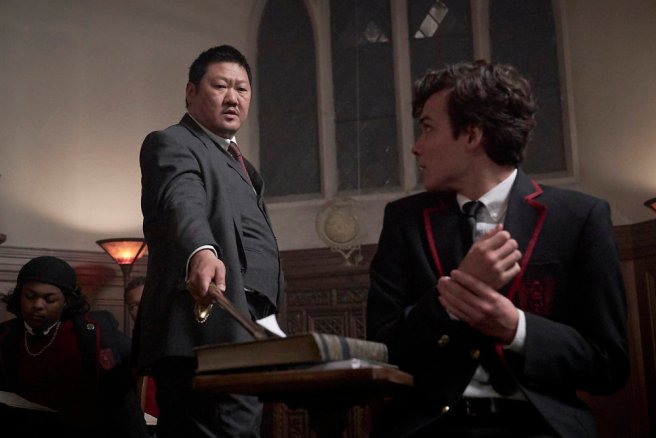 My spoiler-free review of Deadly Class episode 1 is HERE.

Deadly Class is a fast-paced, dark romp through a high school for future assassins, set in the late 80s, when Ronald Reagan was president, the AIDS crisis was in full swing, the Cold War

But it was a dark time filled with an amazing sense of irony and style, which led to a run of fantastic comedy-horror films that I encourage you all to check out. Personal favorites include Little Shop of Horrors, Teen Wolf with a very young Michael J Fox, and the Witches of Eastwick.

The film that’s most pertinent to our discussion today is the 1987 vampire film The Lost Boys, which starred Kiefer Sutherland, Jason Patric and Jami Gertz. It also starred a killer soundtrack and sense of fashion.

Deadly Class is channeling The Lost Boys, but the angsty teen vampires are now angsty teenage human (so far) assassins, and they’ve been collected by Headmaster Lin, played by a kindly and wise, but menacing, Benedict Wong, to perfect their arts. The point of view character and lostest of the lost kids is Marcus Lopez, played by Benjamin Wadsworth.

END_OF_DOCUMENT_TOKEN_TO_BE_REPLACED

Hello, fellow assassins! Winter break is over, and it’s time to join Marcus Lopez and the gang for a new semester of learning and hijinks at  King’s Dominion Atelier of the Deadly Arts, a top-secret high school in San Francisco. Our story will follow a sincere, loveable orphan whose life has been filled with tragedy and who is fated to be involved with even more death. He’s an outsider in the world of his new school, but he quickly makes both friends and enemies. His new nemesis, Chico, is from an old family which has some similarities to Marcus’ family, but Marcus doesn’t like their style, so he rejects Chico’s hereditary group, insulting Chico along the way.

Okay, I’ll stop. The similarities between Harry Potter and Deadly Class are fun to watch for, though, and there are many more. But even with so many standard coming of age tropes and Harry Potter references, Deadly Class is still fresh and original. It takes place in the late 80s, when punk, punk-pop and new wave ruled both the airwaves and fashion, and the show takes full advantage of those styles.

END_OF_DOCUMENT_TOKEN_TO_BE_REPLACED

NBC announced today that Reverie, the Sarah Shahi virtual reality thriller, has been cancelled after one season. The show premiered May 30, 2018 and struggled in the ratings during its 10 episode run.

Sendhil Ramamurthy has already moved on to a new show, one of the fall season’s hits, New Amsterdam. Congrats to him.