Fellow creatures, it’s time to travel back to 21st century France and Britain for the 3rd and final season of A Discovery of Witches. After their sojourn in 16th century Europe, Diana and Matthew timewalk straight into Sept-Tours and find themselves in the middle of several crises- as usual. Before long, Matthew’s brother, Baldwin, arrives to stir the pot further.

At the end of season 2, Matthew and Diana had spent almost a year in Elizabethan London, with a side trip to Prague in search of the Book of Life. While there, they spent time with Matthew’s vampire nephew, Gallowglass, and fostered an orphaned human boy, Jack. Before they left, Diana secretly asked the vampire-priest who ruled the creatures of London, Father Hubbard, to watch over Jack for her. On their way to Prague, they stopped at Sept-Tours and stayed with Matthew’s vampire stepfather, Philippe, who sanctioned their mating and marriage, then adopted Diana as his blood-sworn daughter using a vampire blood vow.

END_OF_DOCUMENT_TOKEN_TO_BE_REPLACED

Season 3 of A Discovery of Witches, based on Deborah Harkness’ supernatural All Souls Trilogy, premieres in the UK on January 7, 2022 (on Sky Max and NOW) and in the US on January 8, 2022 (on streamers AMC+, Shudder and Sundance Now). The third season, based on the third book in the trilogy, The Book of Life, consists of 7 episodes.

AMC tweeted a whirlwind video recap of the first two seasons which you can watch below. It manages to hit the high points of the series in just 5 minutes. Or you can stick with Steven Cree’s (Gallowglass) especially succinct version. He hits some of my high points. 😇 ❤️ 😉

END_OF_DOCUMENT_TOKEN_TO_BE_REPLACED 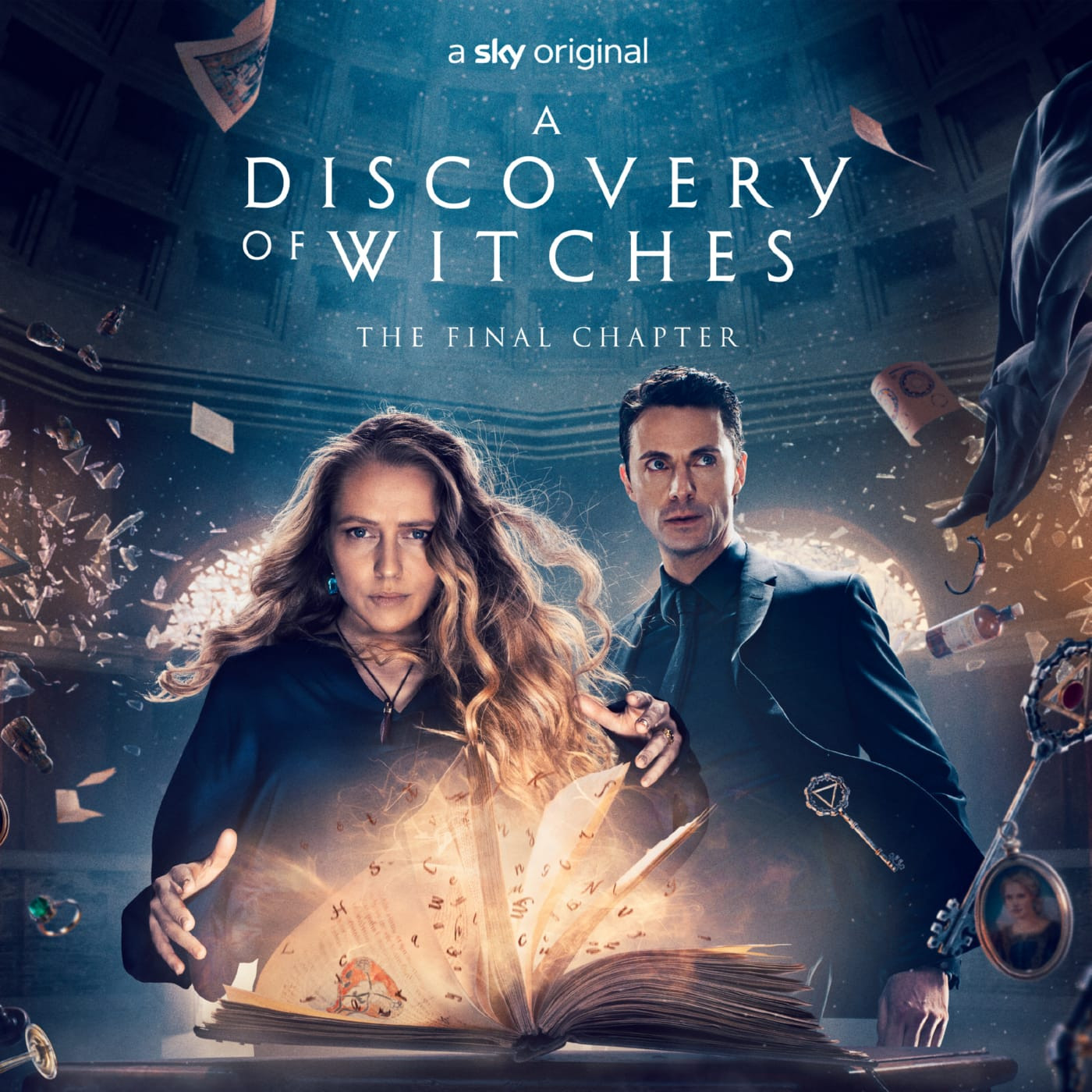 The third and final season of A Discovery of Witches, based on The Book of Life, the third book in Deborah Harkness’ supernatural All Souls Trilogy, premieres in the UK on January 7, 2022 (on Sky Max and NOW) and in the US on January 8, 2022 (on streamers AMC+, Shudder and Sundance Now). Season 3 consists of 7 episodes.

There are currently no plans to film Harkness’ 4th book about Diana and Matthew’s world, Time’s Convert, which tells the story of Matthew’s son, Marcus Whitmore. Harkness is working on more books in this universe, so let’s hope for another trilogy which can be filmed together!

Now that season 3 is almost upon us, here’s a collection of season 3 trailers, photos and interviews for those who want a sneak peek.

END_OF_DOCUMENT_TOKEN_TO_BE_REPLACED

In episode 9, Matthew must answer to Queen Elizabeth for his failure to return Edward Kelley to England. Diana resumes her magical studies with Goody Alsop and makes substantial progress. Louisa and Kit confront Diana about the spell they think she’s cast over Matthew. Matthew and Diana realize their time in the 16th century is running out.

As was shown in the bookends to episode 8, now that the Book of Life is damaged it has become unreadable. Diana studies it anyway, then hides it under a floorboard in her bedroom.

She tells Matthew that part of her wants to stay in the 16th century and make a family with Jack. Matthew says they’ve already stayed in the past too long. Diana wants to come with Matthew to visit the Queen today, but he says no to that as well. She thinks he’s being overprotective, but he angrily tells her that the Queen will already be in a foul mood with him. Diana would just make things worse. He orders her to improve her magic so they can go back to their own time as soon as possible.

END_OF_DOCUMENT_TOKEN_TO_BE_REPLACED

In episode 7, Diana and Matthew arrive at Emperor Rudolf II’s court in Bohemia to search for the Book of Life and to check on Edward Kelley for Queen Elizabeth. They reunite with Gallowglass, Pierre and a few other members of their London family, who help out with their quest. The Emperor is quite taken with Diana, which sets off Matthew’s Blood Rage again, threatening their mission.

Diana and Matthew reach Bohemia and ride straight to Emperor Rudolf II’s mountain hunting lodge to request an audience. Rudolf’s guard refuses them entrance, telling them that the Emperor has had enough of Queen Elizabeth’s ambassadors. Matthew arrogantly refuses to accept the refusal, saying that he’s no ordinary ambassador. He won’t leave until the Emperor tells them no to their faces. The guard meekly acquiesces to Matthew’s demand, as if Matthew is royalty himself.