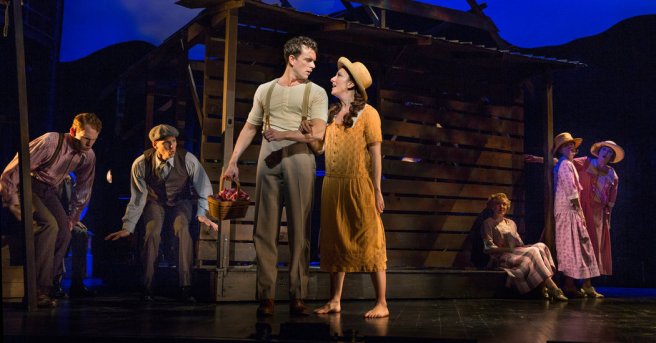 Theatermania Has Posted the Full Concert Recording on Livestream.com with Steve Martin, Edie Brickell, and the Original Broadway Cast

Post Concert Update: The concert was amazing, and the creative team shared a few juicy tidbits during the Q&A. A tour is being planned for 2018, starting in Salt Lake City. They’ve also been getting requests for regional licenses. (Like I thought, this show just needs time to grow its audience slowly and organically.) There are no current plans to make the show into a movie, but Steve said he tends to end up turning everything he writes into one, eventually. The entire cast and creative team were clearly excited about the Grammy nomination and the chance to perform the show again. Everyone looked to be enjoying themselves. They were all in good voice, and backed by a full bluegrass band. Steve and Edie performed at the top of each act. At one point during the Q&A, Steve took someone’s phone from the audience so that he could playback the question he’d just been asked (he said he’d already forgotten it), then took a selfie.