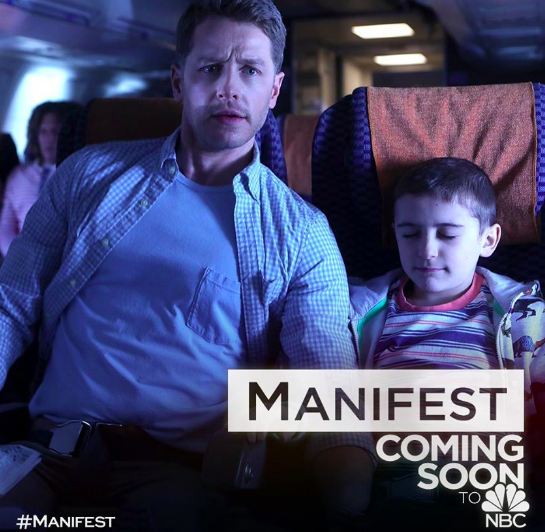 Manifest, or Prince Charming Takes a Plane and Gets Lost, as I Like to Think of It, Premieres Monday, September 24th at 10 ET/9PT.

Update: My recap of the Pilot (episode 1) is HERE.

NBC has released the first 10 minutes of this year’s entry into the broadcast network scifi genre, where the real suspense is whether the show will get a second season, or the unicorn of the genre, a third. (#NeverForgetRevolution)

Much of the first act has already been seen in clips and trailers, but seeing it all together and in order gives it a sense of context. The new footage is some of the most meaningful, which could lead to interesting, original storylines if they pursue those avenues.

The video and more after the jump.

When Montego Air Flight 828 landed safely after a turbulent but routine flight, the crew and passengers were relieved. But in the span of those few hours, the world had aged five years – and their friends, families and colleagues, after mourning their loss, had given up hope and moved on. Now, faced with the impossible, they’re all given a second chance. But as their new realities become clear, a deeper mystery unfolds and some of the returned passengers soon realize they may be meant for something greater than they ever thought possible. From Robert Zemeckis and Jack Rapke comes an emotionally rich, unexpected journey into a world grounded in hope, heart and destiny.