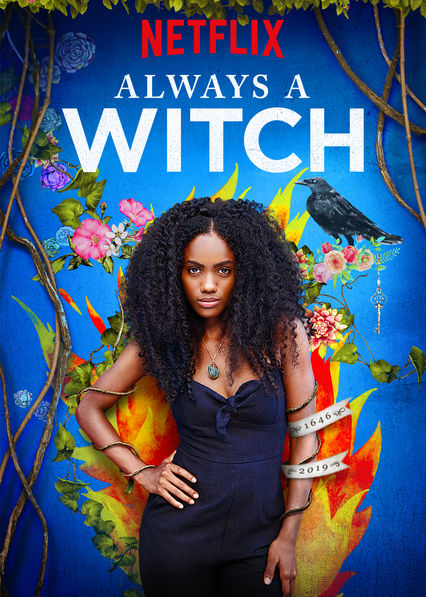 As is frequently the case in shows aimed at younger audiences, the writing and acting tends to be broad and the tone is kept lighter than it would be in a show aimed strictly at adults, but there is nuance to be found if you look for it. The cast is charming and likable, especially Angely Gaviria as Carmen (our plucky heroine, a good witch with a heart of gold), Lenard Vanderaa as Cristobal (Carmen’s love interest, who goes through her many life changes with her), Valeria Emiliani as Mayte (Carmen’s best girlfriend, who serves as a modern representation of what Carmen’s life could be), and Dylan Fuentes as Johnny Ki (Carmen’s best friend, guardian angel and the comic relief). I also have a soft spot for Cristina Warner as Isabel de Aranoa (Cristobal’s mother, who’s put in some impossible situations) and Verónica Orozco as Ninibe (a modern witch and head of the university biology department, who’s made some unfortunate choices, and is a morally ambiguous character).

Yes, I will declare it now, I am Team Cristobal, whether it’s politically correct or not. I’m all about the forbidden love between people who aren’t as different as you’d think. 😘😘😘 (You will have to watch to find out which character is the other love interest.)

Always a Witch tackles some big ideas head on, not just slavery. This is also a story about forbidden love, sacrifice, friendship, family and teamwork. Carmen is an admirable heroine who tries to do what’s right, even when she could choose an easier path for herself, but she also makes mistakes and grows as a person. She is 18 years old, and learning about freedom vs slavery, friendship vs love, misogyny vs equality, modern feminism vs traditional cultural values, and oppression vs the right to speak and act as one wishes. She lives in two complicated worlds and has to make difficult choices in each.

Her magic is shown in a positive light, as a hereditary gift which she learns to use more precisely through the skills of witchcraft. The magic itself is a complex, neutral force that’s part of nature and doesn’t conflict with Christianity (or any other religion). Other witches and wizards use their powers for good or evil, but this is shown as their choice, and due to the strengths and weaknesses in their character, not because magic is tied to evil. Witches vary in strength and which talents they exhibit, due to a combination of genetic differences and as a result of practice.

Always a Witch highlights its Colombian setting by having the characters spend much of their time outdoors in the beautiful scenery the country has to offer, whether it’s diving in the Caribbean, doing a ritual on the beach or visiting a street festival. Viewers are introduced to modern and traditional Colombian culture, though modern culture receives more of the focus. An upbeat soundtrack of Latin music plays throughout the episodes. The visuals are a swirl of bright colors combined with the older Spanish Colonial buildings and streets of Bogotá, Cartagena, and Honda, where it was filmed.

Cristobal, Carmen’s love interest, is the son of her owner. He and Carmen are both teenagers, who fall in love soon after they meet. He doesn’t condone slavery, though he was born into a wealthy, powerful family of slave owners and has no power to change the enslaved people’s status at the time of the story. Obviously, he’s benefitted from the suffering and labor of enslaved people his entire life.

He helps Carmen as much as he can, including making life-altering sacrifices. To reduce the characters of Carmen and Cristobal to merely an enslaved woman and her owner takes away the power and complexity of who they are as individuals, their relationship, and the journey they take as characters over the course of the season.

Their relationship is unconsummated, according to an important character, late in the season. We see them kissing and holding each other, but that’s it. As far as I can tell, no dubious consent or rape has occurred between Cristobal and Carmen, by anyone’s standards, because they haven’t had sex.

This story might not be right for everyone. If you are sensitive to power dynamics, proceed with caution. The story also deals with rape, kidnapping, coercion and a serial killer in the modern day, but it’s not told in a twisted or graphic way. Good and evil are clearly defined. There is an understanding that people are limited in their choices by the circumstances they’re born into, but they can work to change those circumstances.

Carmen’s story is a fantasy, interwoven with elements of the way real slaves lived. The show addresses the mistreatment of Carmen and the other slaves by Cristobal’s father, plus the systemic abuse of slaves and women in that time period. And its main character is a black, female superhero, with superpowers, who is a positive figure, dropped into 17th century and present day Colombia. Where else can you find that?

One thought on “Always a Witch (Siempre Bruja) Season 1 Review”