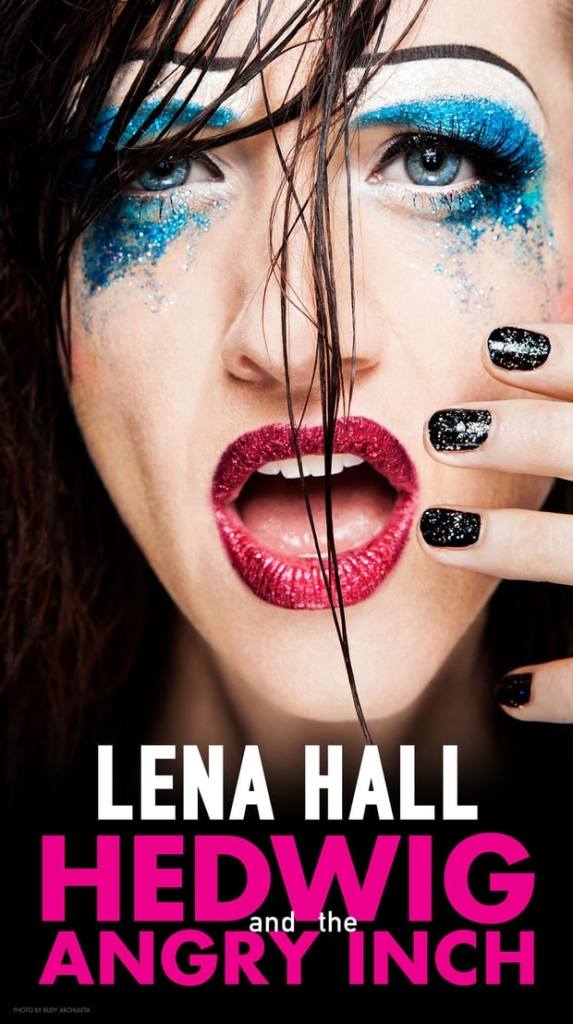 She Was Just a Slip of a Girly Boy, But We Could Never Ignore Her

Lena Hall performs as Hedwig for her final time in LA tonight, with Shannon Conley as her Yitzhak. We were lucky enough to see them in San Francisco for their second performance. Lena’s a hardcore, exuberant, down and dirty Hedwig who takes no prisoners. Her voice was made to sing Hedwig’s rock arrangements the way few of the Broadway Hedwigs’ were. (Not that they all weren’t amazing, but only Lena and Darren have gone for truly ROCK arrangements. Tits of Clay turn into a kickass rock band when they play for those two. Okay, I need to stop now. I’m getting sad that I can’t go see Darren for a 9th time.)

After the cut, a longer review of the show, and more songs.

Lena is a glorious Hedwig!

She’s as amazing as you’d expect. Her voice is perfect for the more rock oriented arrangements Darren Criss uses. I haven’t listened closely enough to know if she’s actually using his arrangements, but they’re certainly much closer to that than any other Hedwig.

Lena’s an energetic, limber, snarky, angry Hedwig. She reminds me a lot of Andrew Rannells, even though her build is more similar to John Cameron Mitchell. There’s a lightness to her in a mercurial, quicksilver kind of way. She wasn’t as energetic as Darren was on Broadway, but the changes made in the stage set up for the tour, which all seem to have been made for safety/liability issues, also dictate some choreography changes. I honestly wasn’t sorry that the car wasn’t swinging near her precariously the way it did sometimes on Broadway, or that the platform Hedwig stands on during Wicked Little Town Reprise is now ~2′x3′, instead of a tiny pedestal, big enough that they can catch themselves if they stumble a little. That tiny pillar always scared the bejesus out of me.

Shannon was fabulous as well. She’s the most masculine looking of the Yitzhaks, which is kind of a nice contrast with Lena’s physical softness and emotional hard, sharp edges. Lena feels like she could cut anyone who gets too close like glass, but Shannon’s Yitzhak takes it in stride for quite a while, letting us see how Hedwig is able to slowly keep poking at him until she finally pushes the right buttons, even though he knows what Hedwig’s doing all along. The Long Grift was a thing of absolute beauty. You could feel the love between the characters, and the helpless, furious sense of betrayal on both sides that keeps them apart. Shannon probably gave Lena the wettest spit in the face I’ve seen on stage, too.

Tits of Clay rocked hard. From the way they played, you couldn’t tell that the show had taken a year-long break. Their chemistry with each other was still there. The bond they’d built up with Lena over a year of working together on Broadway was obvious.

Overall, the chemistry between the entire cast and their ease and joy in working together again was radiating off the stage, and made for an incredible theater experience.