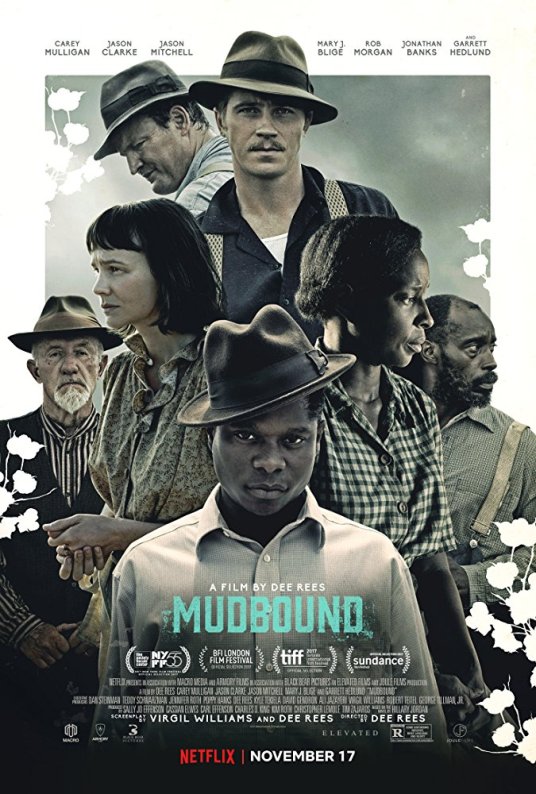 All of the nominations are well-deserved. Best Director and Best Picture nominations wouldn’t have been out of line either. This movie certainly equals the quality and weight of last year’s winner and, shall we say, runner up, Moonlight and La La Land. (I adored Moonlight and thought LA Story should’ve hired leads who are better singers and dancers.)

But it’s the acting and cinematography that are the stars of this movie. The entire ensemble is well cast and disappears into their roles, which had to be difficult, given the racist and classist subject matter. In addition to Mary J Blige, Jason Mitchell, as Ronsel Jackson, the oldest son and war veteran, and Rob Morgan, as Hap Jackson, the husband and father, also stood out to me as proud men struggling to keep their dignity while avoiding the very real perils of the Jim Crow South. 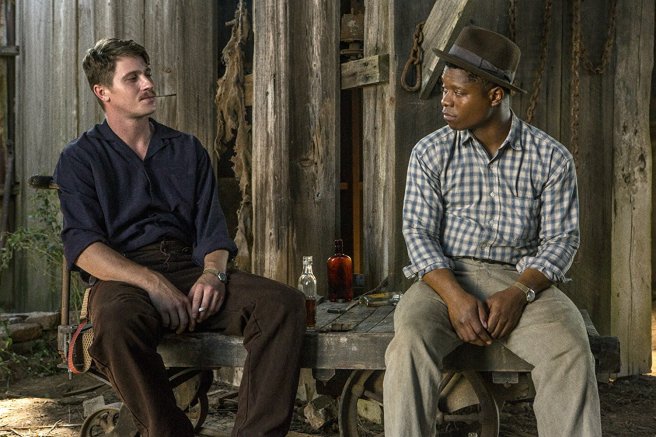 Rachel Morrison uses the rain and mud that engulf the family farms as the main motifs for her cinematography. Between the two elements, everything in the environment, including the people, ends up washed out, grimy, worn down and seemingly beyond repair. The sound and music are rough, with thick accents that can be difficult to understand at times, but fit the remote country setting. The colors are muted, as if everything has been washed a hundred times, but the McAllans, the slightly wealthier white family, have more color and more material goods in their lives.

The mud and rain serve as metaphors for the pervasive hatred that flows through these people, and for those who overcome it. Bridges are flooded, showers are built, baths are taken, roofs leak, the mud almost swallows people, muddy fields need to be plowed and plowed again. Perseverance is a necessary attribute, and anger is unavoidable. The viewer starts to feel gritty and damp just from watching. It’s an uncomfortable feeling.

The movie isn’t meant to make the viewer comfortable. It’s slow at times, like the slowness of a farm wife or a sharecropper doing their repetitive chores. Much of the dialogue is narration by rotating characters, telling us their inner thoughts. The last 25 minutes are difficult to watch. I stopped the movie at that point because it was very late at night, and went back to finish a day later, after I’d fortified myself. The violence itself isn’t that graphic, but the ideas and attitudes are. The reminder of how much worse things were in reality is even harder.

Mudbound tells a powerful story of the effects of racism on two families in the Deep South during the World War 2 era. The acting and cinematography are superb, drawing the viewer in as if the characters are speaking directly to the audience. Their stories vary from dramatic racist acts to quiet moments of comfort and duty, showing how ubiquitous racism is in our society. 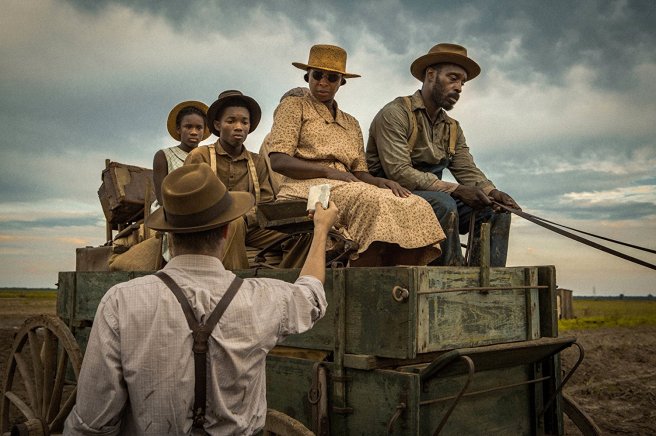 -The war opens up the minds and worlds of the young men who fought in it, showing them another way. The old men who stayed behind aren’t ready to pass the torch of power on to the next generation, or to accept change. Enforcing their racist beliefs and practices on both whites and blacks is a way to stay in power. Pappy is the personification of the Old South, which was about power and classism as much as it was about racism. He may not have much, but he’s going to make sure that those below him show a ridiculous amount of respect, and enforce it brutally when they don’t.

-Many reviewers focus only on the relationship and storyline of the two war veterans and the villainous patriarch, but the stories of the two husbands and the two wives are just as important, even if they aren’t as overtly dramatic. Racism plays out in many ways, including through love and caring, or quiet domination, as the narration says, and including when the racist person is suffering themselves. To focus only on the overtly disturbing portion of the story is to miss the insidiousness of the issue.

-The same goes for the misogyny, which isn’t the focus of the film, but runs through it. The women are forced into actions and situations for which they are later blamed. The women rescue loved ones and get no credit. Even the middle class white woman’s choices are very limited, and they grow more limited as the movie progresses and she has children, which tie her to her husband and his unilateral, patriarchal decisions. Florence Jackson is given the most articulate voice as to how she is using her role as a woman to protect and support her family. Out of the three married couples in the film, her husband is the one most open to her opinions.

-Henry is the epitome of white male privilege, unquestioning of his place in the world, and leveraging it into more whenever he can. His unflinching, blatant use and abuse of the Jacksons, while seeing himself as a perfectly reasonable, good man, is hard to watch, made worse by the fact that historically, he actually was one of the more reasonable men in his position.

-The one time there are obvious splashes of bright color is during the church service the day after Ronsel’s mutilation. There are splotches of bright red on the clothing of the black women that look exactly like blood. I thought that’s what I was seeing at first. Those women are bleeding for their damaged, humiliated son.

-For all that what was done to Ronsel is a terrible tragedy, it sets the family free. They don’t feel like the land they’ve farmed for generations is really theirs anymore, or like they owe anyone anything. They do what they need to so that they can finally own their own piece of property, and send their daughter to learn to be a stenographer, the beginning of giving the children better lives than subsistence farmers can manage. Ronsel realizes that he’s outgrown the Deep South and needs to save himself, through choosing happiness and love.

-I’m not familiar with the bible passage Hap used at Pappy’s graveside, but it sounded to me like he said Pappy could rot in H*ll for all he cared. I hope that’s what he said, or worse.

-The post-mortem justice of burying Pappy with murdered slaves is a beautiful twist of fate. May their ghosts haunt him forever. 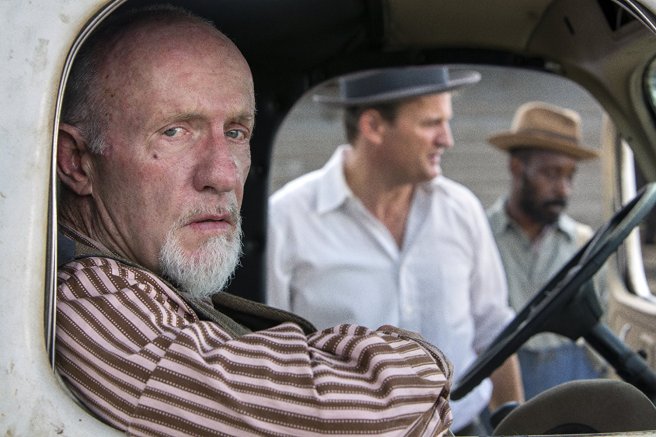