HBO Will Also Show New Documentary “Bright Lights: Starring Carrie Fisher and Debbie Reynolds” in the First Half of 2017 [Updated] 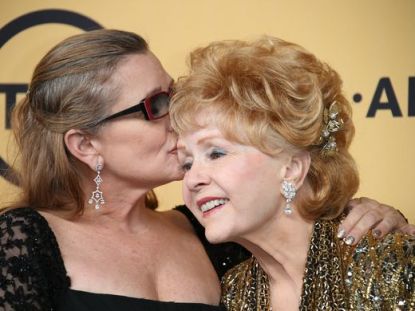 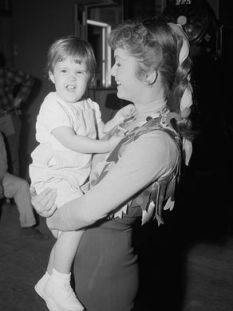 In the wake of the tragic loss of both Carrie Fisher on December 27, and her mother, Debbie Reynolds, just one day later on December 28, HBO is changing its schedule to honor the two women. Both women were multi-talented performers with decades long careers. Their accomplishments are too long to list here, so I’ll just link to their Wiki pages and try not to start crying again. I grew up watching Debbie in Singin’ in the Rain and The Unsinkable Molly Brown, then enjoyed her later turn from spunky ingenue to crotchedy maternal type as she aged. I saw Star Wars: A New Hope as a teenager in theaters during its original run. Carrie was the same age as my sister. I cheered for her success as she broke out of her Princess Leia buns to avoid type-casting and  become a bestselling author as well. In a culture where so many female artists are benched by the time they are 40, these two kept going long afterwards.

After the cut, trailers for both films, and a 2011 Oprah interview with Carrie and Debbie.

Carrie wrote and performed a one-woman show on Broadway, Wishful Drinking, which she performed at Studio 54 in 2009. She won an Outer Critcs Circle Award for the show. HBO filmed Wishful Drinking and added interviews with Carrie’s family and friends, and archival footage of her life, to turn it into a documentary film. Wishful Drinking was directed by Fenton Bailey.

HBO has also been working on a film about Carrie and Debbie called Bright Lights: Starring Carrie Fisher and Debbie Reynolds. The film was finished and had been set to air in March, but HBO now says it will air sometime in the first half of 2017. They no doubt plan to rework the ending to include the events of the past week. The mother/daughter pair were close, living next door to each other for many years. Debbie told her son, Todd Fisher, “I miss her so much, I want to be with Carrie,” hours before she passed away, according to TMZ. 😢 😢