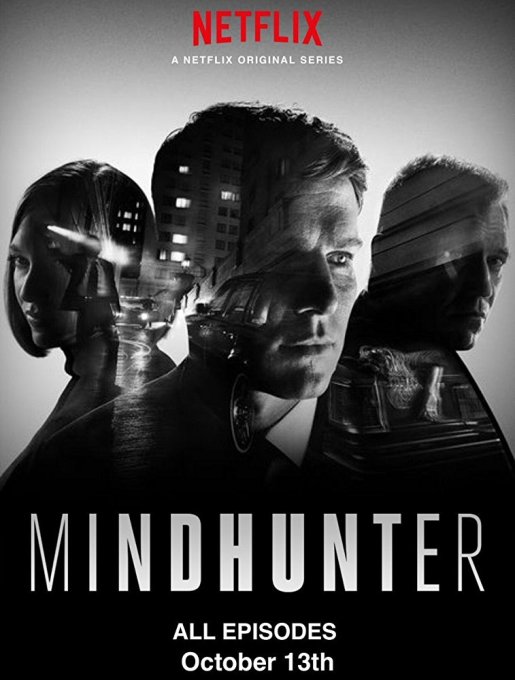 In Which the FBI Learns to Think Like a Serial Killer

Mindhunter is a new 10 episode original series from Netflix based on the true crime book of the same name by John E Douglas and Mark Olshaker. Douglas spent 25 years in the FBI, many of them developing the science of criminal profiling. The series is a fictionalized account of  Douglas’ time with the FBI’s Behavioral Sciences Unit, where he worked with Dr Ann Wolbert Burgess and Robert Ressler to study and categorize the behavior of psychopathic criminals.

The first season starts before Holden Ford, the stand-in character for Douglas, and Bill Tench, the stand-in for Ressler, meet. Ford is an FBI hostage negotiator and instructor at the FBI Academy in Quantico, VA. Tench travels the country teaching FBI methodology to local law enforcement agencies. He listens in on local concerns and occasionally assists with cases at the same time. Ford feels he’s wasting his time teaching a subject that’s too limited to students who don’t care, while Tench wants help carrying his slide projector, so their supervisor pairs them up.

While Shepherd, the supervisor, originally pairs the two as a way to get both to stop hassling him, it proves to be a stroke of genius. Local officers frequently approach Tench and Ford during and after their presentations with unique cases that seem unsolvable. These spark Ford’s instincts, leading him to seek out more information about crimes involving fetishes and repeat offenders: what would come to be known as the work of serial killers.

He begins taking advantage of their proximity to imprisoned serial killers while traveling, as he interviews and records these men about the details of their crimes, including their thoughts and motivations leading up to and during the crime, and their psychological and childhood histories. No one had ever directly asked psychopaths such detailed questions under these controlled conditions. 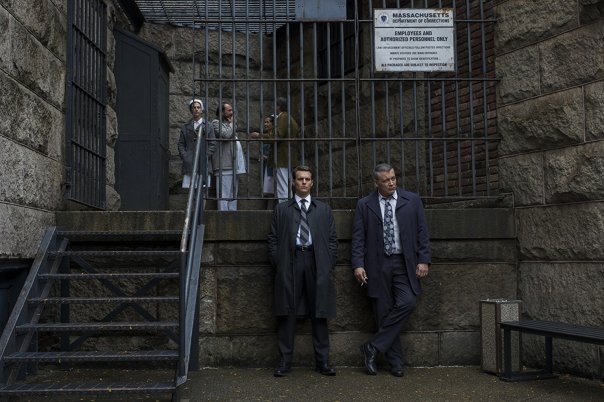 The killers are frequently happy to talk about their lives, but some need to be coaxed into it, leading Ford to become overly familiar with them. This is the beginning of what eventually becomes serious friction between Tench and Ford. Tench prefers to stick to interrogation-style questioning, rather than the conversational style and sharing of personal experiences that Ford evolves as part of his method.

In real life, Ressler was 8 years older than Douglas, and had spent a few more years in the military. In the TV series, Holt McCallany, who plays Tench, is more than 20 years older than Jon Groff as Ford. This intensifies the older, macho and by-the-book vs younger, experimental, and open-minded dynamics that were likely also present in real life.

In the beginning, the differences work for them, as Tench uses his greater real world experience to help Ford connect with the less educated, traditional local cops, and brings in one of his previous collaborators on a project for the Behavioral Sciences Unit, Wendy Carr, played by Anna Torv. Carr is a stand-in for real life psychologist Dr Ann Wolbert Burgess. Burgess was and still is a professor at Boston College who did groundbreaking work on PTSD, especially in the field of female trauma victims.

Carr helps the two agents refine their interviews with killers into a defined study, then assists them in getting recognition and funding when the FBI doesn’t fully support their endeavor. She eventually becomes a full-fledged member of the team.

The season continues with the team refining their methods, working to help solve murders, navigating the politics of the FBI and the federal government, and coping with their own personal lives. For the most part, the season maintains a good balance between the different aspects of the show.

Toward the end of the season it gets a bit bogged down in office politics within the FBI, and especially within the team. I could have done with more emphasis on the true crime solving and serial killer profiling aspects of the series, and a little less on the team’s rotating loyalties to each other.

Focus on the team as people is a useful part of the narrative to help break up the bleakness of the crimes they work with, but the show ends up making these professionals look petty and unprofessional. There apparently were real life rivalries and factions within the unit, but it’s difficult to see how a group as fractured as this could have accomplished the groundbreaking work these people did.

That’s why it’s important to remember that this is a heavily fictionalized account. I haven’t read the book Mindhunter yet, so I don’t know how the crime solving aspects compare.* The lives and details of the characters are just that – those of characters. This is a made-for-TV drama, with a heightened reality and exaggerated emotions.

The show uses all of the amazing cinematic and sound techniques that David Fincher, creator of this and House of Cards, is known for. Its attention to visual detail takes me right back to the 70s, with a rubber band to hold a cassette player closed, a cumbersome slide projector, and one character walking another right up to the gate of an airplane. The uses of quick shots or brief actions to convey the danger and mental illness involved in the subject matter, without the use of gore or violence, are award-worthy in and of themselves.

It doesn’t show horrific crime scenes in real time. Those are usually shown as black and white photographic evidence, or very quick, almost subliminal, flashes. Sometimes the crimes are verbally described in detail.

It was the sound that got me. A cat whining. A car crash that sounded like I was in the car. The realistic sounds of 70s appliances that don’t exist anymore. The many prison gates and doors. It can be rather startling, late at night in the silence of your living room!

The actors are all well cast and turn in the amazing performances you’d expect of them. Groff, McCallany and Torv all shine as they deal with the strain of working long hours on an unpopular, misunderstood project that forces them to face the worst of human nature.

Groff returns to his Spring Awakening roots, with another well-meaning but darkly obsessed character that allows him to show his range as an actor. McCallany perfectly embodies the gruff old guard FBI agent who wants to keep up with the new style of thinking, but has a hard time giving up on the then-standard idea that criminals are evil. 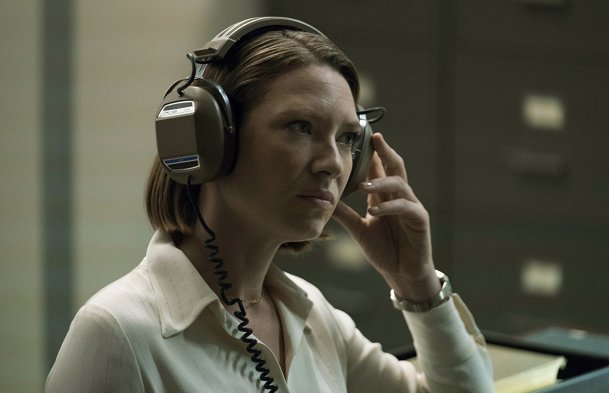 It’s fantastic to see Torv back as a series regular again, since Fringe ended a while ago. Her character is enigmatic, very controlled and careful out of necessity. Female professionals in the FBI were a rarity in those days, and had to work to maintain their reputations.

The show is a low-key psychological thriller. This isn’t a race to catch a killer before he kills again, or a fast-paced manhunt for a criminal on the run. This is the story of the invention of a new way of thinking about crime solving, and the twists and turns that involved. The team helps solve crimes along the way, but they also make mistakes and hit dead ends. There are edge of your seat moments, but there are also moments of frustration, or quiet “lightbulb” moments where a character makes an important connection to help solve a case or organize their theories.

It’s aptly titled in that way. It’s a show that engages the mind, taking the viewer further into law enforcement techniques and criminal psychology than the average procedural. It’s also about the hunt for dangerous psychopaths, and it never forgets that. The stakes involved are always simmering under every scene, always affecting the characters’ interactions, even when they’re not working.

All of that being said, I loved it! It’s a fascinating look into the beginnings of something we take for granted now. For true crime buffs, it’s a peek behind the curtain into the inner workings of the country’s top law enforcement agency. The rise of computers made the tracking of serial killers across jurisdictions possible, which allowed the FBI to understand the importance this kind of work, as more and more serial killers came to light.

Season 1 is riveting, but it’s only the start. Mindhunter has been renewed for season 2. Hopefully we’ll be following the hunt for serial killers for years to come.

Grade for the season= A

*The serial killer interviews are painfully real, with the dialogue taken directly from transcripts of the interviews. This article discusses some of what’s true and what’s fictional on the crime side of the show, but it also contains spoilers, so click with caution.